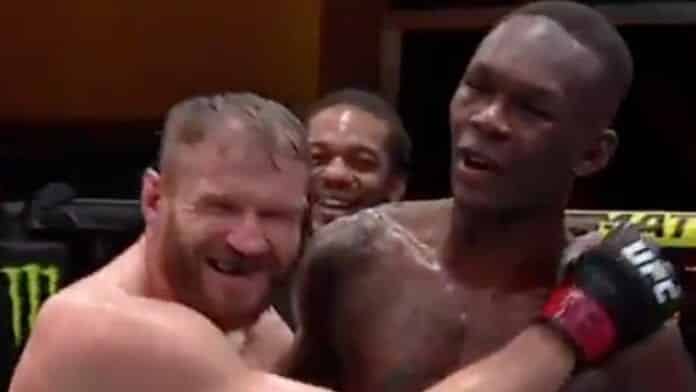 It was a big blow for Adesanya as he was looking to become just the fifth two-weight simultaneous champion while he also suffered his first professional defeat in the process.

However, he took the loss with grace and stated after the fight that if he was going to lose to anyone, he’d prefer for it to be against a classy champion like Blachowicz.

“Losses are part of life, and losses are something I deal with occasionally,” Adesanya said at the UFC 259 post-fight press conference (via Middle Easy). “Just, this is my first one in MMA. Yeah, but as they say, it is what it is.

“If I was going to lose to anyone, you know, what better guy to lose to than a guy like Jan — a classy champion, a cool dude, a very nice guy, a guy who has a great story himself. On his way to getting cut from the company, comes back and then dominates, becomes light heavyweight champion and then hands this guy, a future legend, his first loss. If I’m going to lose to anyone, I’m glad I lost to him.”

There is clearly respect between the pair and that was further showcased when they had a hilarious miscommunication just before the official scorecards were read.

Adesanya told Blachowicz he made him look like a butter guard while the latter heard bodyguard which led to the exchange below:

What did you make of Blachowicz’s performance against Adesanya a day after UFC 259?