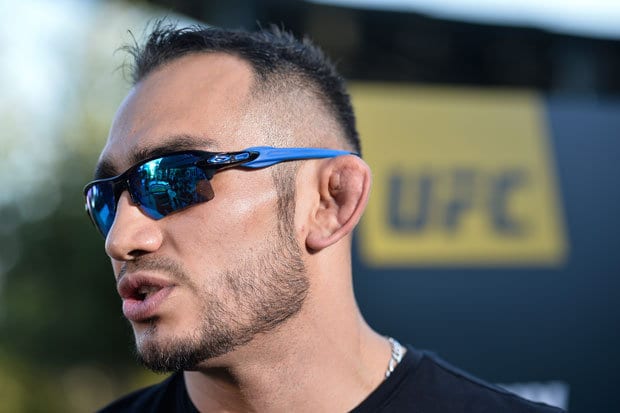 Ferguson’s MMA career was managed by Paradigm since 2012, but he will now start a new chapter with Ballengee, who notably manage the likes of Eddie Alvarez and Vitor Belfort.

“Tony Ferguson is a talented athlete, and we hope his future brings him personal happiness both in and out of the Octagon,” Paradigm CEO and President Audie Attartold ESPN.

The news seems to be sudden especially as it was only a couple of days ago where the two parties reflected on the day “El Cucuy” signed with them seven years ago.

The news is also interesting because Ferguson’s rival in Conor McGregor is also managed by Paradigm and is their biggest client.

When Ferguson was the interim lightweight champion in 2017, he was expected to face then champion McGregor in a title unification fight. However, it never came to fruition.

The narrative since has been that there is a conflict of interest with Paradigm managing both McGregor and Ferguson.

As mentioned by ESPN’s Ariel Helwani though, this development could finally lead to a fight between the two lightweights.

Ferguson recently hinted that he was offered a fight with the Irishman so it’s worth keeping an eye out for any fight announcements.

Having suffered from personal issues this year, the 35-year-old claimed he had a passed a medical evaluation earlier this month.

The restraining order filed by his wife has also been dropped, but any possible return to the Octagon will have to be approved by a UFC evaluation first.