LowKickMMA.com
Home UFC News This Interesting Take On The UFC-Reebok Deal Will Make You Think 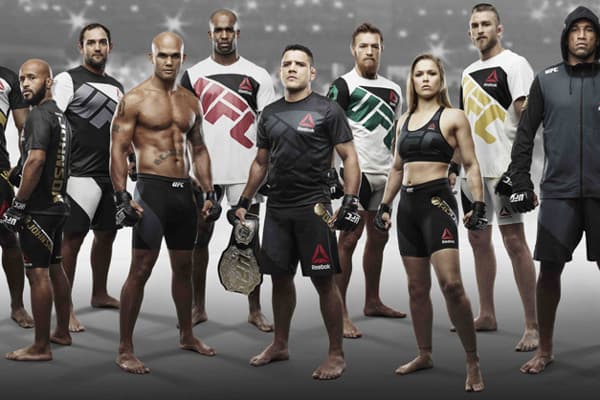 It’s a tough time to be a mid-lower tier UFC fighter, in terms of money at least, as hefty sponsorship checks can be kissed goodbye during fight week. Unless you’ve had 30 fights for the promotion or are the champion, the chances are you’ll be banking around $5-10K per fight from the much debated UFC-Reebok deal. So many fighters, including featherweight champ Jose Aldo, have voiced stern opposition to the landmark sponsorship merger.

There’s a renewed sense of concern given the recent happenings with Nick Diaz, and the idea of fighter representation and unions has once again cropped up. With fighters like Nate Quarry, Jon Fitch, Wanderlei Silva, Cung Le and many others filing a lawsuit against the UFC for malpractice and poor working conditions, it’s clear that this situation will soon come to a head.

The previously mentioned Quarry posted an intriguing message to his Facebook wall yesterday, from an unnamed individual regarding the Reebok sponsorship partnership with the UFC, check it out:

Someone wrote this and sent it to me, he asked not to be identified. But I thought it really summed up the Reebok deal very well.

When the UFC and Reebok got together to determine how much money the fighters would get paid for sponsorship, nobody was at the bargaining table to represent the interest of the fighters.

It ALL comes down to that.

So Reebok bought an entire league’s worth of 24/ 7/ 365 advertising for 6 years — for half the price of one single NBA athelete. Reebok can’t be criticized at all — Reebok was very successful at getting the best possible deal for itself. Reebok’s dealmakers were incredibly successful in doing their job, (get the most for the least).

The fighters are the ones subsidizing the Reebok deal, in the form of reduced quality of life, (money), to the point where they may not even be able to compete in the octagon to their fullest capability because they may have to get a second job. Either that or sponge off their gf/ wife/ parents.

On the fighter end: that’s what happens when you’re not at the bargaining table.

Whether you agree or disagree about general mistreatment of fighters under the Zuffa banner, this statement rings very true of the Reebok deal. That being said, there’s credence to the opinion that the UFC is nowhere near the popularity level of the NBA or NFL, and that comparisons between the two are not necessarily balanced.

Then again, surely the UFC deal makers dropped the ball here, as Reebok gets ridiculous amounts of air time from the UFC for a seemingly stingy check over six years. On top of that, money is literally being taken out of the pockets of hard working athletes that need it much more than the apparel giants.