LowKickMMA.com
Home MMA News The Best Comeback Fights For Fedor Emelianenko Are In The UFC 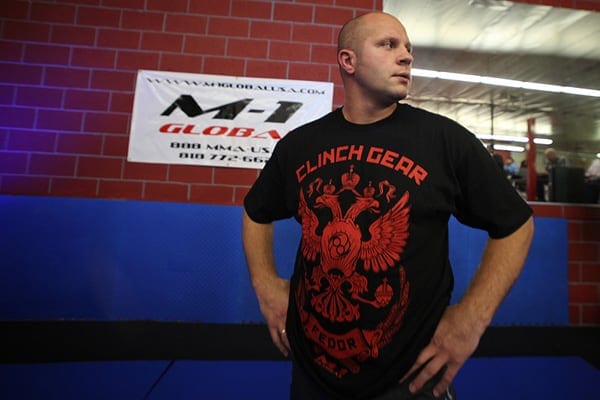 Fedor Emelianenko shook things up a bit when he announced his comeback from retirement. ‘The Last Emperor’ called it quits in 2012 after rebounding from an ugly trio of losses, but will make one more run at sealing his legacy in MMA (mixed martial arts). The difficulty comes when you consider where Fedor could fight upon his return. That also depends on what kind of fights the former Pride FC heavyweight champion is looking for. It’s hard to ignore the drop in competition that Fedor faced when he was done with Strikeforce.

Jeff Monson, Satoshi Ishii and Pedro Rizzo were Emelianenko’s last three opponents, and truly those kind of fights are not even worth considering at this stage. If his motives are money-based, which I highly doubt they are, then indeed we may see ‘The Russian Experiment’ fight for M-1 Global or perhaps a lesser known Japanese organization. By the sounds of it, Fedor has felt what many retired fighters in the past have not been able to resist, the competitive itch. We’ve seen guys like Chuck Liddell and Kazushi Sakuraba fight on way past their shelf life, and it’s hard to watch.

What we’d all probably like to see is Emelianenko fighting in the UFC, but that wasn’t possible to make happen during his first fighting stint, so is it actually on the cards now? One thing is for sure, Dana White and co. have all the best possible fighters for the fan favorite’s big comeback, but perhaps Fedor’s presence during the recent Bellator MMA show is more telling than we first thought. Let’s consider that for a moment; BMMA houses such heavyweights as Vitaly Minakov (C), Cheick Kongo, Alexander Volkov, Lavar Johnson and Vinicius Quieroz. Then of course there are the freakier big men, Ken Shamrock, Kimbo Slice, Jmes Thompson and Bobby Lashley.

There are certainly some OK fights to consider under Scott Coker‘s watch, and remember that he and Emelianenko shared time together under the Strikeforce banner, albeit where Fedor was lost and finished three times. But let’s be serious, all of Bellator’s best heavyweights pose more of a threat than his last three opponents, and they were before a three year absence. In all honesty though, the best comeback fights for Fedor Emelianenko are all in the UFC, obviously, and a few names stick out above all the rest.

Fabricio Werdum would be the first port of call, and for two reasons; ‘Vai Cavalo’ was the first man to ever truly defeat Fedor when they met in the Strikeforce Heavyweight Grand Prix, finishing ‘The Last Emperor’ with a shocking first round triangle choke. Not only that, the fact he is now UFC heavyweight champion adds huge weight to the monetary value of a rematch. Werdum vs. Fedor 2, it has a nice ring to it. Then there’s the other two men that beat Fedor before he hung up the gloves-Dan Henderson and Antonio ‘Bigfoot’ Silva. ‘Hendo’ actually won by KO against the Russian Sambo master in a thrilling one rounder under the SF banner, but Silva’s win was a much longer and uglier beating, leaving the undersized Emelianenko bloodied and battered, which leads quite nicely to my next point.

We’ve all been assuming that Emelianenko will be coming back as a heavyweight. At age 38, he really isn’t too old to consider a move to light-heavyweight, especially given how small he was compared to the other giants in his prime. His size really showed against ‘Bigfoot’, and gone were the years that the MMA legend would take out giants in Japan, the tables got turned on him and perhaps he should consider trimming the gut and going for the 205-pound limit. The UFC obviously has a bucket load of fights for either division, but again it’s far more likely that Coker’s circus will sign Fedor, so who is under the BMMA banner for a slimmer Fedor?

Liam McGreary is the champion, we’ve got Emmanuel Newton, King Mo, Linton Vassell, Virgil Zwicker and even Phil Davis. Then, of course, you have another freaky sub-division; Tito Ortiz, Stephen Bonnar and Houston Alexander could all provide potential competition for Fedor, although it would be quite sad to see an all-time great come back and end up fighting cans of that calibre. Back to the UFC, and wouldn’t it be great to see Fedor vs. Arlovski 2? The two fought under the affliction banner during Emelianenko’s unbeaten run, and the Russian ended the fight with a highlight reel knockout for the ages. ‘The Pitbull’s’ face flat on the canvas with an empty look in his eyes has become one of the most circulated images in MMA history, and a repeat fight would be huge for both men.

There’s so much to consider; legacy, money, a potential title run in a few different organizations, whether or not he is still tied to M-1 Global, and which organization can provide a balance of meaningful but not too freaky fights. Whatever the case, it will still be a delight to watch Fedor Emelianenko comeback from retirement. One fight that could sell out arenas is a rematch with Mirko Cro Cop. The two fought during their absolute prime under the Pride FC banner, in an all-time classic fight, and Cro Cop has recently experienced a career revival of his own.

My money is on Bellator MMA if I’m being honest, I’d love for it to be in the UFC, but I just don’t see it happening. What about you? 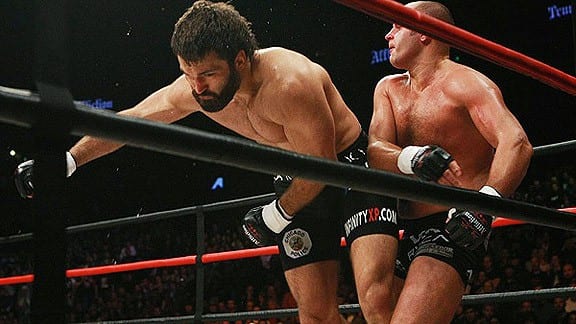