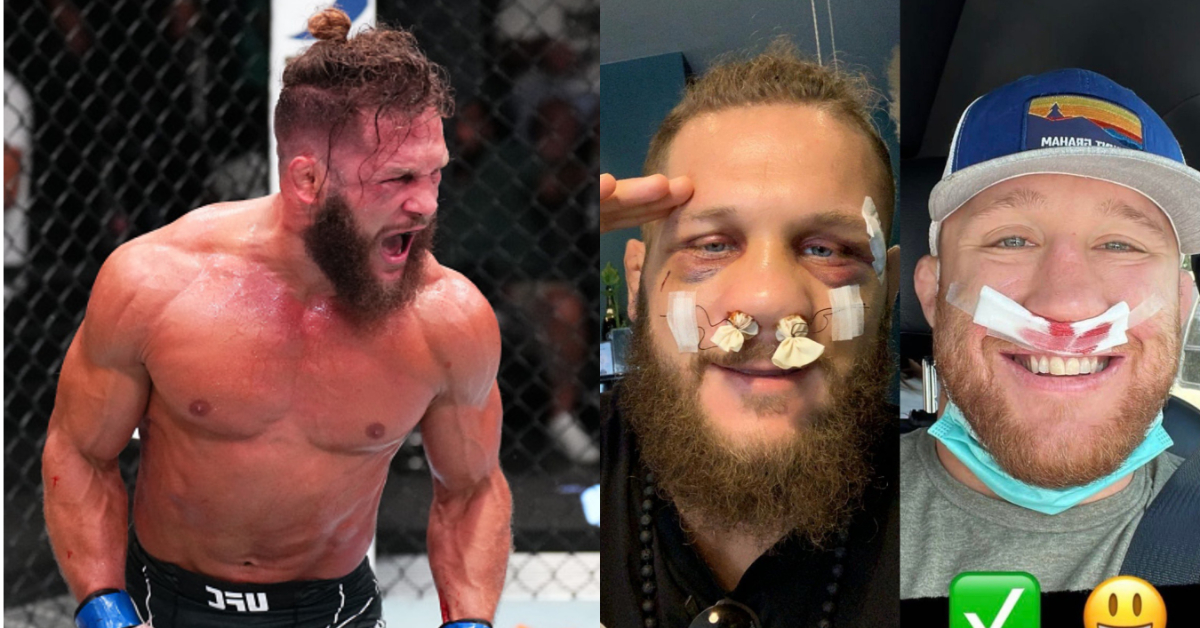 Winning the ‘Battle of Rafaels’ at UFC Vegas 58, Rafael Fiziev is now looking to take on two-time lightweight title challenger Justin Gaethje in more ways than one.

“I want a fight with Gaethje, like for real,” Fiziev said. “Nadal is funny … but Gaethje, if he wants to fight –what camera do I need to [look at]? yeah, this one. …” Fiziev looked directly into the camera and said, “If you want to fight, one more guy with yellow hairs, we need to know who’s the best for you and for me,” he continued. “If you’re ready, if you’re not scared, if you don’t take sh*t, let’s go.”

Fiziev further elaborated on his call out of ‘The Highlight’, complimenting Gaethje for his heavy hands while taking a verbal jab at his “sh*t kicks.”

Now Fiziev is challenging the lightweight contender to a different kind of contest: who has the better nose job. In a post on Twitter, Fiziev tagged Gaethje saying, “Perfect timing. Let’s find out who’s nose job is better.”

Justin Gaethje has yet to respond to the Kazakhstani fighter’s callout at UFC Vegas 58 or his nose job throwdown, but fans have been clamoring for a battle between the two inside the Octagon. Now sitting in the No. 7 spot in the rankings following his defeat of Rafael dos Anjos, a win over the No. 3 ranked Gaethje could put Fiziev in pole position for a lightweight title opportunity.