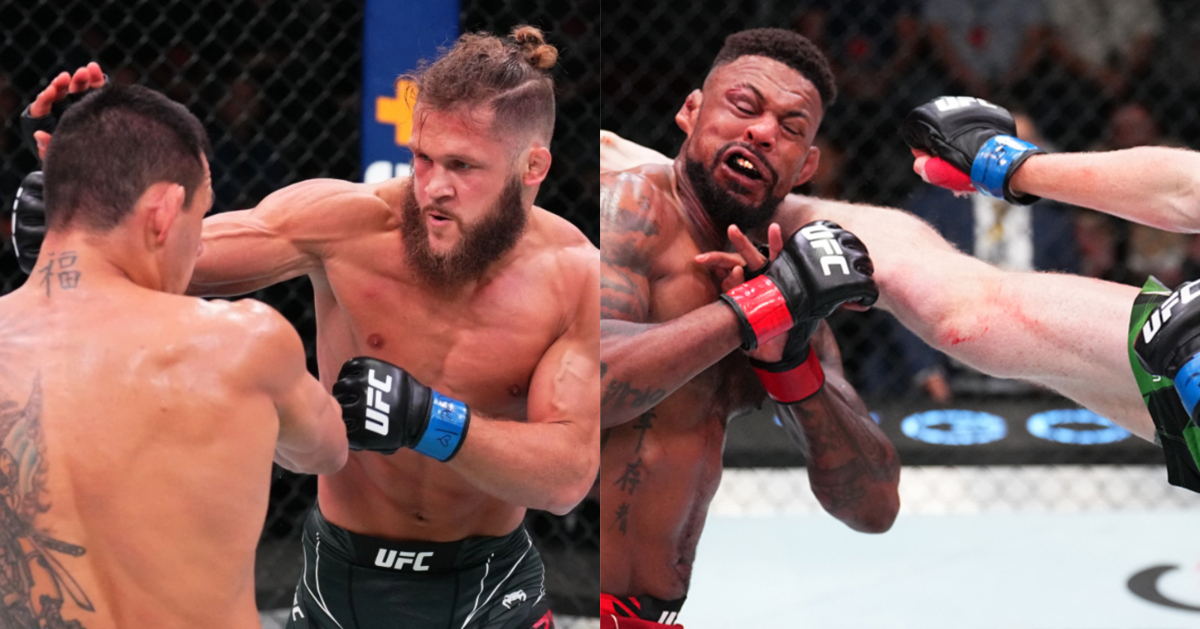 The so-called ‘battle of Rafaels’ pitted a gritty former champion against one of the divisions hottest prospects. After a closely competitive, hard fought four rounds it seemed that both men would hear the final bell. This was until Fiziev would land a left hand that would hurt dos Anjos, stunning and dropping the Brazilian. Fiziev would waste no time in pouncing on dos Anjos, landing two powerful blows before the referee would stop the fight. Fiziev, come next week will find a number seven next to his name.

Chase Sherman would produce an unexpected performance in his clash with Jared Vanderaa, knocking out Vanderaa in the third round. The fight would fight would be a classic heavyweight slugfest, with both men hammering away at one another until it was Sherman who would produce the decisive shot which was followed by a onslaught against the cage. In a fight which will most likely see the loser out of the UFC, Sherman would found a way. Earning him 50k and hopefully still with an employer.

Fight Of The Night: Michael Johnson Vs. Jamie Mullarkey

Michael Johnson, yet again produced a fan friendly affair, this time with Australian Jamie Mullarkey as his dance partner. Johnson would drop Mullarkey in the first round of the fight only for Mullarkey to recover and hurt Johnson on the feet. Round two and three would follow suit, producing unmissable action. Mullarkey would win the favour of the judges but both men would go home an extra 50 grand richer.

What was your favrioute moment?