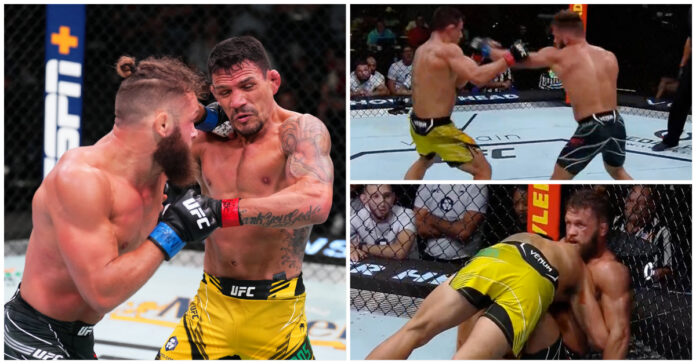 Dos Anjos was initially scheduled to compete against Fiziev in February, then March but the fight had to be pushed back after “Ataman” had to withdraw from an injury. Two of the top ten ranked lightweights finally met at tonight’s UFC Fight Night: Dos Anjos vs. Fiziev at the UFC Apex in Las Vegas, Nevada.

Dos Anjos’ bout with Fiziev served as the main event of the night. “RDA” was going strong in a close-fought contest. Fiziev showed remarkable takedown defense but did appear to be losing some of the gas tank in the final two rounds. “Ataman” opened the fifth round strong by connecting with a big left hook that dropped dos Anjos.

Fiziev adds momentum to his rising stock in the promotion with a hard-fought win over one of the greatest veterans of the UFC.

Below, catch the highlights from Rafael dos Anjos vs. Rafael Fiziev