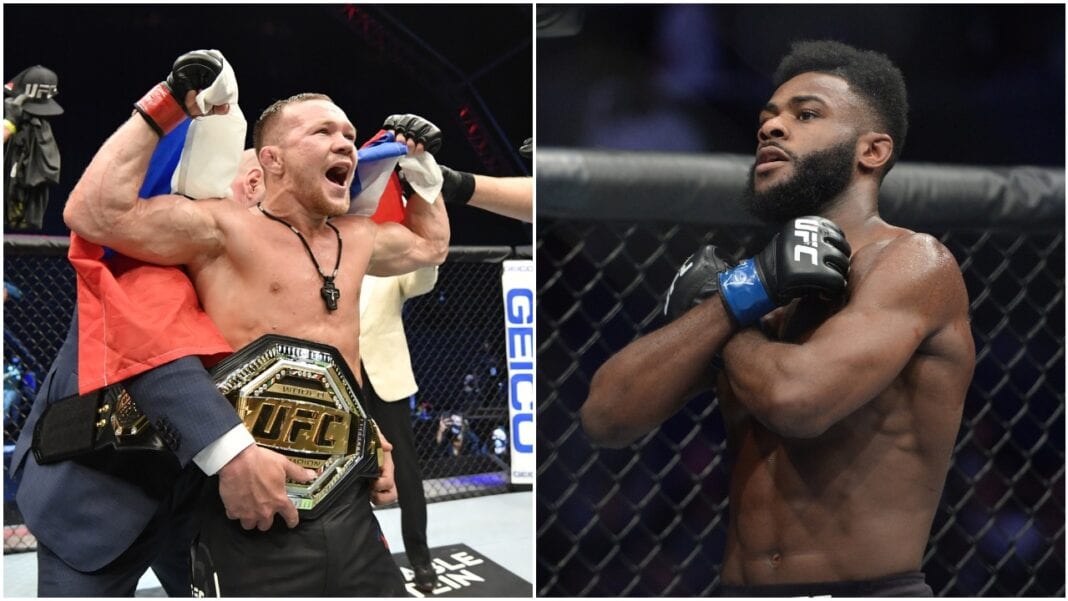 The bantamweight division has never been more exciting and filled with talent than it is right now. While it seems there is one clear next title challenger, UFC president Dana White has not come out and stated that Aljamain Sterling will be receiving the next title shot.

Due to the uncertainty, many fans and athletes alike have been vocal on social media stating that they believe Sterling deserves to be the next athlete to face Petr Yan for the title.

Replying to a since-deleted tweet regarding this uncertainty, the new champion Petr Yan wrote “That must be frustrating @funkmasterMMA”, to which the contender replied stating that Yan needs to be ready.

“He’s protecting you! You better get to training soon, because I’m coming for you!”

Yan fired back at Sterling making a suggestion as to why Dana White will not give him the title shot.

“Or maybe he thinks you’re not a draw? Try harder Aljo, I’m rooting for you”

Sterling is coming off an incredible first-round submission over Corey Sandhagen. In this bout, Sterling quickly pressured Sandhagen securing a takedown and finding a rear-naked choke to close the show. After this it had been made clear he was the next contender more deserving of a title shot.

Yan earnt the title defeating Jose Aldo at UFC 251 earlier this month. A fight that was competitive in the early rounds, Yan took charge towards the end of the fight finding his finish in the 5th round.

Many criticized Aldo getting a title shot after coming off a loss in his debut against Marlon Moraes, favouring Sterling to get the shot instead.

Sterling is currently ranked number two in the division with Moraes remaining ahead of him as he was able to get a knockout victory over Sterling back in 2017.

Who do you think deserves the next bantamweight title shot?