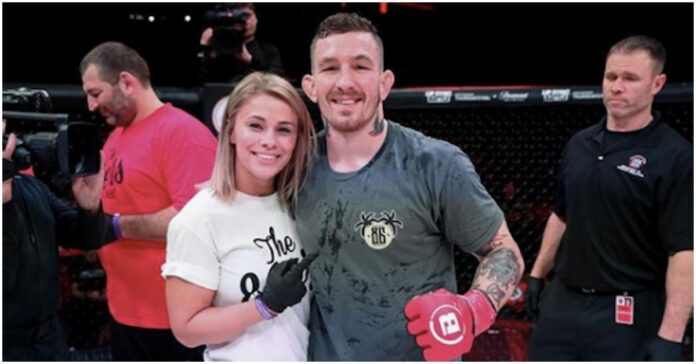 In an embarrassing turn of events due to a booking mix-up at the airport, ex-UFC star Paige VanZant accidentally shared the existence of a sex tape she and her husband had made with the airline staff.

Taking to Twitter, ’12 Gauge’ shared that she was flying to Texas when she was asked to prove her identity before boarding. A booking had been made under her professional name VanZant and not her legal name after marriage, Paige Vanderford.

The bare-knuckle boxer had married Bellator star Austin Vanderford in September 2018 and chose to keep her maiden name based on her brand’s popularity with it.

Airport staff asked her to prove her identity in a bid to clear out the confusion of having booked under one name and carrying a passport reflecting another. VanZant’s plan to google her own name in front of the staff backfired when the first search result was an article reporting that she and her husband had made a sex tape.

During a Q&A session on social media earlier this year, VanZant was asked by fans if she and Vanderford would ever make a tape. She revealed that they had already made one before suggesting that she doesn’t intend to sell or share it with her fans.

VanZant also joked that her followers likely started looking for more information on the unreleased tape after reading her initial story. While she hasn’t outright dismissed the possibility of ever making the tape available, she seems content with sharing risqué photos on her members-only subscription site for now.

Do you miss Paige VanZant in the UFC?

Paige VanZant signed with professional wrestling company, AEW (All Elite Wrestling) after losing her first two fights in bare-knuckle boxing. Although she’s just 27 years old and may still have a future in MMA and boxing, she looks set to continue competing in the sports entertainment league rather than combat sports.

After her time in the UFC, she explored different avenues including cornering and broadcasting in the sports world. She also reportedly makes a fortune on her subscription site.

In an interview with ESPN, she shared her ambitions of returning to the cage and competing in BKFC as she praised them for their support during the transition after signing with AEW.

Will we see Paige VanZant return to the cage?