LowKickMMA.com
Home UFC News Paddy Pimblett Reveals The Fight That Got Him Into MMA 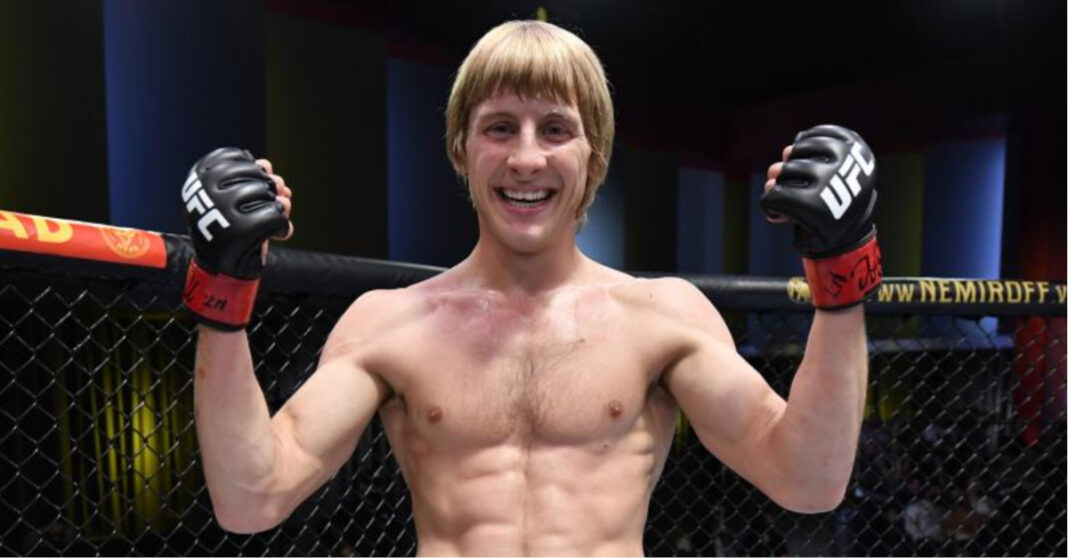 UFC lightweight, Paddy Pimblett reveals the fight that got him ‘hooked’ on MMA and inspired him to start training.

Most UFC fans can pinpoint the moment that made them fall in love with the sport, whether it be Robbie Lawler vs. Rory Macdonald II, Conor McGregor‘s press conference antics or Forrest Griffin vs. Stephan Bonnar, many have that catalyst that jump started their fandom.

Its no different for fighters and the UFC’s newest rising star, Paddy Pimblett, shared the fight that ignited his MMA career. On the anniversary of the fight [June 21] the UFC shared some highlights of Diego Sanchez Vs. Clay Guida to which ‘The Baddy’ would retweet, stating: “The fight what got me! This fight got me hooked on mma and I started training a few months later, as they say the rest is history.”

The three-round war between Guida and Sanchez took place back in 2009 where the pair would battle in the main event of ‘The Ultimate Fighter’ season nine finale. The high pace, all-action fight would go the full the three rounds with Sanchez picking up a split decision win which would earn him the number one contender spot against at the time either Kenny Florian or B.J Penn.

The bout, which is widely considered one of the greatest fights in UFC history, was entered into the UFC’s Hall of Fame as part of the fight wing in July of 2019.

Following their bout Sanchez had this to say about his opponent, “I’ve got tremendous respect for Clay. I haven’t been in a blood barnburner like that since Nick Diaz and you know, I hit him with some knees, some kicks and some uppercuts that were right on the button and he just kept on coming. I was surprised, the guy’s got heart. He’s got a couple of hearts because he kept coming.” (H/T MMA Mania).

Are you like Paddy Pimblett? What fight got you into MMA?