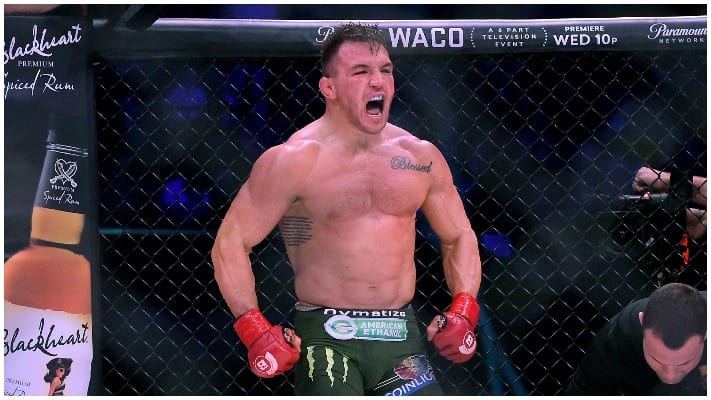 Former Bellator lightweight champion Michael Chandler is hell-bent on proving he is the best 155lb fighter in MMA after signing for the UFC. Dana White announced on Thursday that the promotion had snapped up the sort after free agent who ended his Bellator career by knocking out former UFC champion Benson Henderson at Bellator 243 inside one round last month.

Chandler took to social media to react to the news he had joined the UFC.

“I’ve been here for 11 years and I’m just getting started,” he wrote. “I’ve had so many amazing memories, unforgettable moments and I’m humbled by this opportunity. Thank you to the fans who have been with me since day one…and to the new ones…hold on tight, we are about to have some fun! The best is yet to come. See you at the top!”

Chandler later exchanged texts with ESPN journalist Brett Okamoto in which he vowed to prove himself as the best lightweight fighter in MMA now that he has joined the premier MMA promotion.

“Michael Chandler (@MikeChandlerMMA) via text: Eventually hard work pays off, you just have to still be standing there when it does. I’m humbled by the opportunity and can’t wait to go prove what I have been saying for the past 11 years; that I’m the best 155er in the world.”

The 34-year-old does not yet have his debut fight booked but is set to serve as back-up at UFC 254 on October 24. The three-time Bellator champ could possibly get another shot at gold should either Khabib Nurmagomedov or Justin Gaethje fail to make their scheduled lightweight unification fight.

Do you think Michael Chandler will become a champion in the UFC?