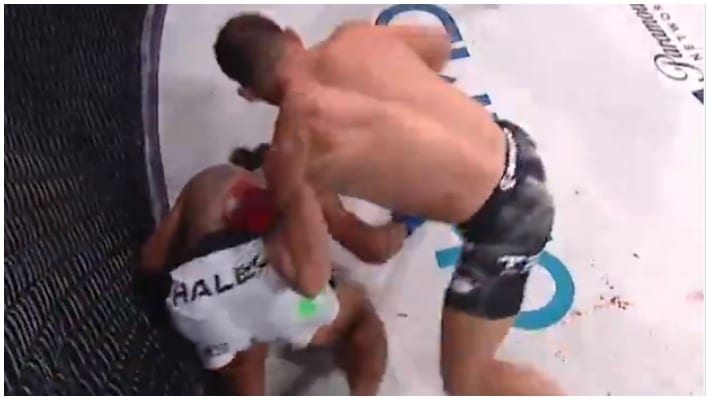 Former Bellator lightweight champion Michael Chandler squared off against Benson Henderson last night in an eagerly anticipated rematch. The pair previously met at Bellator 165 in November 2016 – Chandler picked up a split decision victory in that fight.

Three years on and the former UFC champion Henderson was riding an impressive four-fight win streak into his Bellator 243 main event against Chandler who is on the verge of becoming a free agent. The 34-year-old has spoken with excitement about the prospect of competing in the UFC or ONE Championship now that his Bellator contract is done.

Chandler clearly wanted to make a statement to any potential employers watching last night and did so by picking up a huge first-round knockout victory against the usually tough Henderson – check it out below.

Do you think Michael Chandler can become a champion outside of Bellator?