Despite the fact he was officially stripped of the undisputed UFC lightweight title back in May, Charles Oliveira has been urged by past foe, Michael Chandler to “defend or vacate” the crown as he pushes for a vacant title rematch with the Brazilian.

Headlining UFC 274 against Justin Gaethje, Oliveira, who entered fight week as the undisputed lightweight champion, seen the title become officially vacant come the beginning of the main event bout, after he tipped the lightweight scales by half a pound on Friday.

Regardless of his stripping, Oliveira managed to stop Gaethje with a first round rear-naked choke, with the lightweight crown remaining vacant as a result.

On the same card, Michael Chandler managed to score a stunning, second round, highlight-reel front kick knockout win over former interim titleholder and fellow opponent, Tony Ferguson – immediately calling for a rematch with Oliveira or Gaethje, as well as a welterweight fight with Conor McGregor to boot.

In their initial matchup back in May of last year, Oliveira managed to scoop the vacant lightweight crown with a rallying performance against Chandler – stopping the Sanford MMA staple with a quickfire second round knockout, after suffering a knockdown of his own in the closing stages of the first frame.

Welcoming a rematch with Oliveira – the most prolific submission artist in the history of the organization, Chandler urged the Sao Paulo native to defend or vacate the title – hinting that he still views Oliveira as the lightweight pacesetter.

“Defend or vacate… you can’t have both (olive branch emoji),” Michael Chandler tweeted.

Oliveira has since been linked to a vacant title showdown with the streaking, Islam Makhachev at UFC 281 in October, with the pay-per-view event scheduled to take place at the Etihad Arena in Abu Dhabi, UAE on ‘Fight Island’. 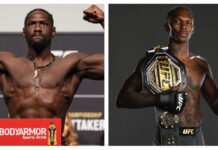 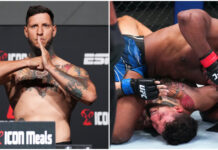 Askar Mozharov Cut By The UFC After Record Tampering Controversy 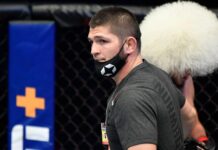