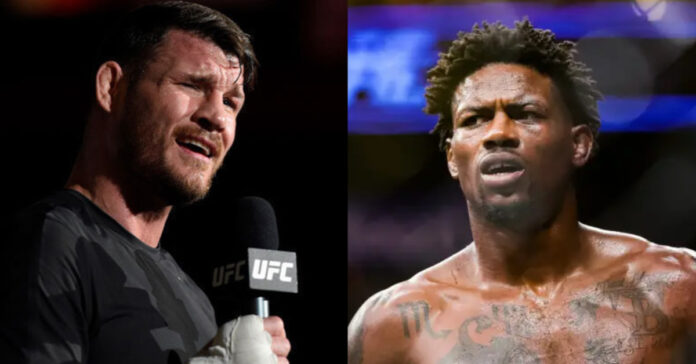 Holland last competed against Khamzat Chimaev (12-0 MMA) at UFC 279 after ‘Borz’ failed to make the 170lbs limit for his scheduled main event match-up against Nate Diaz (22-13 MMA), thus causing the UFC to reshuffle three fights 24 hours before the event.

Although fans, and even ‘Trailblazer’ himself, knew the bout was a mismatch in styles and power, accepting the reshuffled fight on 24-hour’s notice adhered him to fans and fighters alike.

Unsurprisingly, Chimaev made use of his sambo wrestling background and rag-dolled Holland to the ground from the opening bell, before submitting Holland two minutes and thirteen seconds into the first round.

READ MORE:  Dana White reveals which fighters scare him the most: "He looks like a stone-cold f*cking killer."

Following his loss in Las Vegas at UFC 279 it may have prompted Holland to send a message out to his social media addressing his career status just 11 days after the event.

Michael Bisping weighs in on Kevin Holland’s decision to retire

UFC Hall of Famer Michael Bisping isn’t buying Holland’s choice to walk away from the UFC and MMA.

On the latest episode of his podcast ‘Believe you me’, Bisping discussed it at length labeling the whole thing a “bulls**t” publicity stunt, stressing that the 29-year-old would be leaving plenty of stones left unturned.

“Kevin Holland is a great fighter, he’s very well-known. He was the 2020 Fighter of the Year. He’s a favorite, he’s making money, he loves shiny things… I’m talking about gold and jewelry and stuff like that.”

He wants to buy a lot more of it. He’s in the prime of his life. If he was quitting, walking away, he would at least jazz it up a little touch. As opposed to using a font last seen on an Atari f—king game system.

Michael Bisping went on to further articulate that Holland isn’t doing too great right now and may well be at a low point following his UFC 279 loss.

“Maybe he’s going through a period of depression right now. Maybe he’s deflated, would be a better word. He’s a great fighter with a tremendous amount of opportunity and maybe he’s gone out there and fought Khamzat and thought, ’S—t, wow’. That fact that he rag dolled me like that, with respect is kind of what happened.”

“Maybe he’s just going through a little soul-searching right now. Who knows? But I’ve been there.” (H/T MMA Insight)

Despite any reasons Bisping has or has not given, it does seem very unlikely that we have seen the last of Kevin Holland in the Octagon just yet.

Do you think Michael Bisping is right about Kevin Holland’s situation?