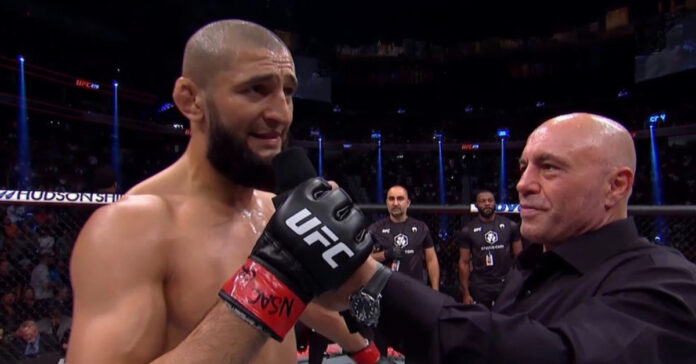 After 48 hours of chaos that saw much of the UFC 279 main card shuffled around, Khamzat Chimaev, the man responsible for much of the ruckus, stepped into the Octagon against the always entertaining Kevin Holland.

After the two fighters and their teams engaged in a backstage brawl leading to the cancellation of the UFC 279 press conference on Thursday night, Chimaev and Holland got the unique opportunity to abandon their previous opponents and settle things in the evening’s co-main event.

As both fighters came out, Holland reached out for a glove touch and Chimaev immediately grabbed ahold of him and rag-dolled Holland to the ground. Holland did a good job of defending and scrambling to stay out of danger, but Chimaev was relentless in his pace. Chimaev locked in a d’arce choke. Holland continued to roll and scramble, but Chimaev never let up. Holland had no choice, but to tap out at 2:13 in the first round.

Check out Highlights From Khamzat Chimaev vs. Kevin Holland at UFC 279 Below: