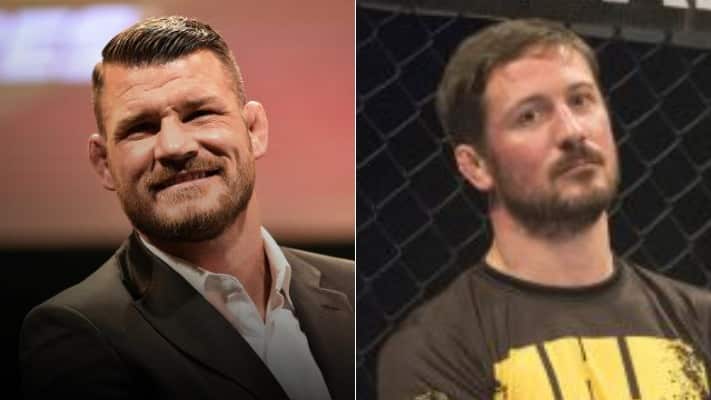 UFC broadcaster and former middleweight champion Michael Bisping was not a fan of coach John Kavanagh’s recent comments about Conor McGregor and his performance at UFC 264 and his devastating leg injury he suffered towards the beginning of the fight against Dustin Poirier.

McGregor recently underwent surgery from a fractured lower tibia he suffered in the closing seconds of the opening round of his highly-anticipated fight with Poirier. Just before the second round was scheduled to begin, the doctors stopped the fight and Poirier officially earned the win via doctor’s stoppage after McGregor shattered his leg off an elbow strike.

After John Kavanagh told the media after the bout that he wasn’t concerned with McGregor’s ankle heading into the bout, despite reports that it stemmed from a pre-existing injury, Bisping had an issue with Kavanagh’s approach to his fighter’s performance in the octagon.

“It was a very, very unfortunate ending,” Bisping told BT Sport when asked about the fight. “Probably fortunate for Conor, though, let’s be honest. Of course, he’s in hospital now and he had to get operated on, and that’s not good. But in terms of Conor McGregor, in terms of the machine and the fan base he has, and a narrative to twist the situation, just like his coach John Kavanagh has this morning … he said, ‘Oh, I saw nothing that concerned me, I knew that in the second round we would get the knockout, nothing that I saw in there concerned me at all.””

“Well, if that’s true, John Kavanagh, Conor should fire you immediately, because that was very concerning. You were on your back and you were getting dominated, and it was a 10-8 round.”

Two of the judges who scored the UFC 264 main event gave Poirier a 10-8 opening round, mostly due to vicious ground-and-pound and solid technique on the feet. McGregor had his moments, but Poirier largely controlled the fight for as long as it lasted.

McGregor has recently been medically suspended for the remainder of 2021 and won’t be able to return for a potential rematch with Poirier until 2022.

What are your thoughts on Michael Bisping’s comments?