LowKickMMA.com
Home UFC News Michael Bisping: If Nate Diaz Gets Title Shot, So Should I 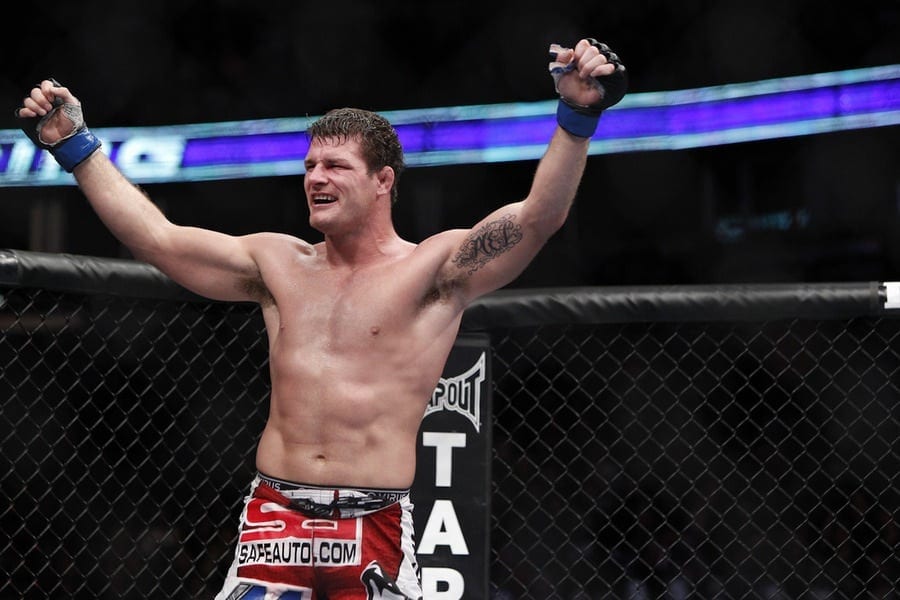 Long-time middleweight contender Michael “The Count” Bisping may very well be the biggest star to have never received a UFC title shot.

At age 37, however, he may closer than ever.

Bisping has won three straight bouts, and is coming off of the biggest win of his career, a decision victory over former divisional kingpin Anderson “The Spider” Silva at last month’s UFC Fight Night 84 from London, England.

Recently speaking on his future with Ariel Helwani on the MMA Hour, Bisping said that if Nate Diaz, who just beat featherweight champion Conor McGregor in a welterweight bout, is being considered for a title shot then he should definitely be awarded one:

“Of course I want that title fight. I think Luke Rockhold beats Chris Weidman again. No disrespect to Chris, he was a great champion and is a great fighter. I think Rockhold gets the job done, again, and I would like that rematch. I just beat Anderson Silva and I think that sells it in itself. I have won four out of five, I’ve fought nothing but the best fighters in the world, and people have had title shots for… Nate Diaz is looking at maybe getting a title shot against Robbie Lawler for beating a 145’r. Regardless of who that 145’r was, now he gets a welterweight title shot? Come on man, I just beat Anderson Silva.”

If Rockhold does indeed outdo Weidman again in their rematch at June 4’s UFC 199, the UFC could potentially set up a lucrative rematch between rivals Rockhold and Bisping.

And if not, “The Count” does possess quite a bit of star power to sell a title fight no matter his opponent.

Would you like to see Bisping make one last run at divisional supremacy before he’s inevitably forced to hang up his gloves for good?