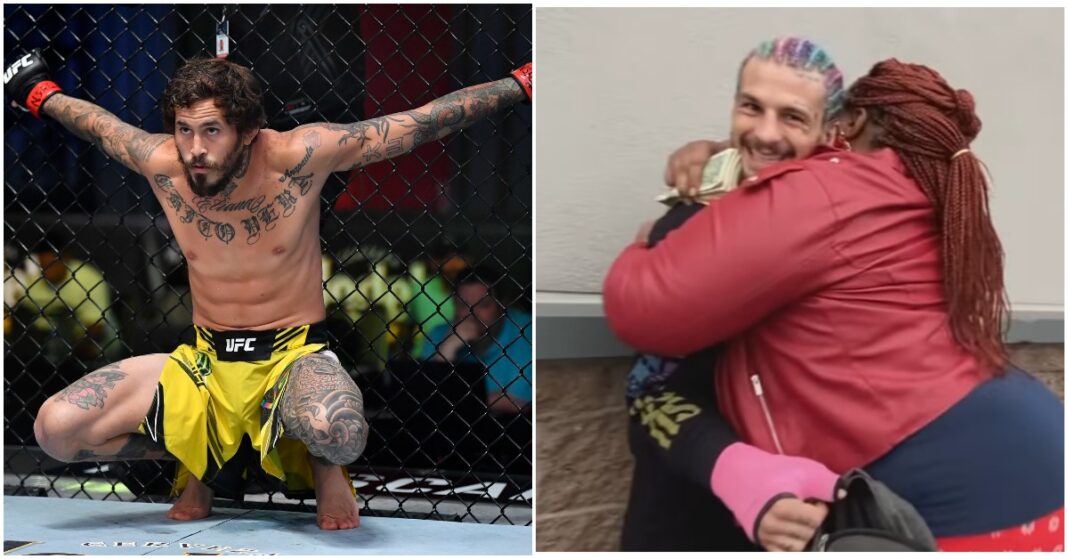 Marlon Vera doesn’t believe in Sean O’Malley’s generosity since he had a cameraman documenting him giving the money out.

‘Sugar’ took to his local Walmart to hand out $100 dollars to the local shoppers for the holidays. Society deems it necessary nowadays to document every good deed one does. It’s no wonder why O’Malley documented it, as many influencers that do charitable things are constantly posting it.

While it was a nice gesture by O’Malley, ‘Chito’ doesn’t see the reason why it needed to be documented with a cameraman. He even went as far as calling O’Malley a ‘piece of sh*t’ for his kind gesture. O’Malley handed out thousands of dollars to shoppers, as he claimed in the video.

Vera and O’Malley had had bad blood between them since Vera’s win over O’Malley back at UFC 252. An ankle injury caused O’Malley to go down and allowed Vera to capitalize with shots on the ground. O’Malley has always claimed that loss as an illegitimate one and still calls himself undefeated to this day.

A rematch featuring the two may be in the cards in the near future with O’Malley breaking into the top 15 rankings of the bantamweight division. There are more questions that have to be answered between the two, as they are on a collision course as two future contenders in the division.

Vera is coming off a beautiful front kick KO over Frankie Edgar in a fight that was very close before ‘Chito’ was able to put his light out. It was Vera’s second win in a row after losing to Jose Aldo at UFC ‘Fight Night’ 183.

O’Malley on the other hand, has won three straight fights since losing to Vera. He had a statement win over his last opponent Raulian Paiva in his last fight. O’Malley won via TKO and was dominant the entire fight. He even fought and won with an injured hand.

Would you want to see a rematch between Marlon Vera and ‘Sugar’ Sean O’Malley?