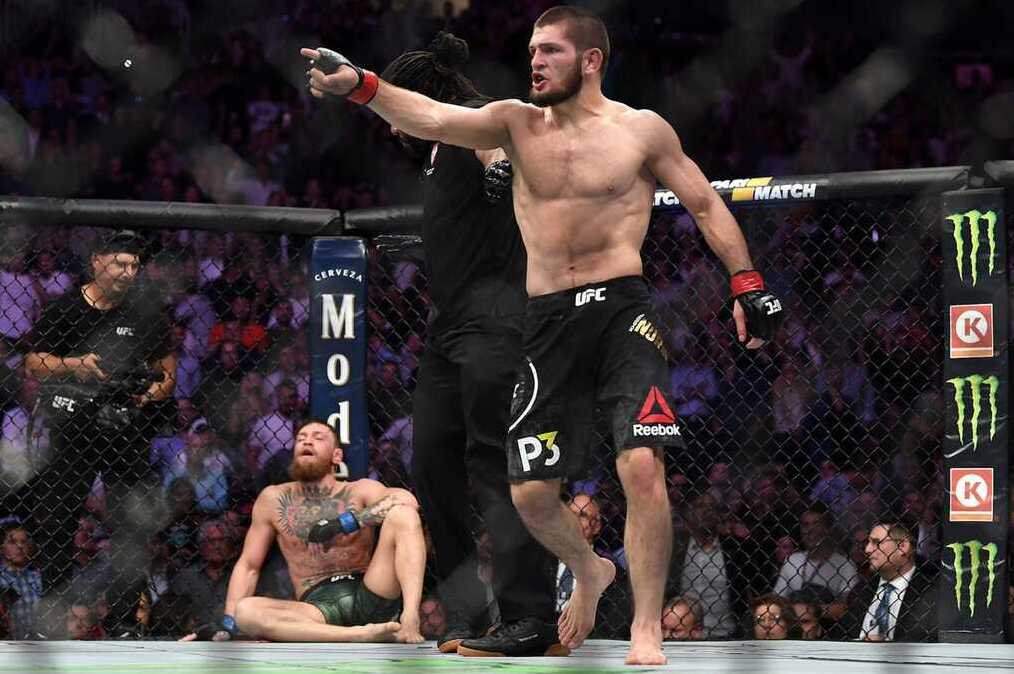 UFC Lightweight Champion Khabib ‘The Eagle’ Nurmagomedov recently took to Instagram to announce that he’ll be reuniting with the same corner he had involved in the UFC 229 brawl ahead of his upcoming fight with Justin Gaethje at UFC 254. It was some time ago when that happened, almost two years ago at this point.

To make a long, dramatic story short, Dillon Danis (McGregor’s teammate) was talking trash to Nurmagomedov during the fight, and even directly after the finish. ‘The Eagle’ then took matters into his own hands, jumping the fence to persue an altercation with Danis. This led to Abubakar Nurmagomedov and Zuba Tukhugov jumping the cage to attack McGregor.

The whole event ended in absolute chaos, they didn’t even put the belt on Nurmagomedov in the cage, Dana White wouldn’t allow it. He said the fans would go way too crazy had they done that, they were already throwing things at Nurmagomedov on his way to the back, and there were a few fan brawls at the event as well. It wasn’t the best way to end the night after the biggest fight in MMA history.

It doesn’t appear Tukhugov will be in his corner this time around, but he has added a new addition to it. Nurmagomedov had the following to say on the matter: “The three of us will be back one day to UFC 254. Abubakar Nurmagomedov, Islam Makhachev. In addition, there will be Umar Nurmagomedov. In short, there will be four fighters from our team.”

Khabib Nurmagomedov puts his undefeated 28-0 record on the line on October 24, at UFC 254 against six-time WSOF Lightweight Champion, the 22-2 Justin Gaethje. This is one of the highest level match ups we’ll ever see.

Jordan Burroughs couldn’t take Gaethje down when they wrestled one another in NCAA Division I Freestyle Wrestling competition, and Burroughs is the best wrestler in the entire country to this day. That being said, Nurmagomedov is the most dominant fighter we’ve ever seen in the sport, and it’s because of his wrestling and ruthless ground-and-pound. He’s the most well rounded grappler in the sport.

Gaethje’s takedown defense, along with his incredibly violent, yet technical stand up attack is going to be a very tough challenge for ‘The Eagle’. It’s an incredibly exciting match up. Nineteen of Gaethje’s twenty-two wins come via knockout, while the champions wins are pretty evenly mixed between knockouts, submissions, and decisions. With the passing of Abdulmanap Nurmagomedov, Khabib’s father, it’s great to see our lightweight champion reuniting with his old corner.