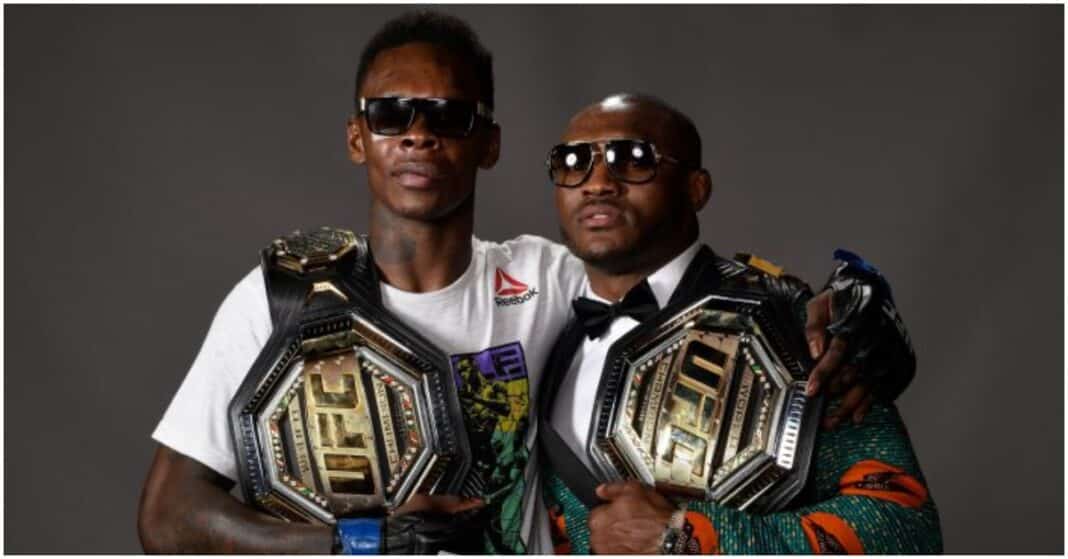 Kamaru Usman wouldn’t be against a fight with his buddy Israel Adesanya after a discussion happens between the two fighters.

Usman was being interviewed by ESPN’s Max Kellerman discussing his upcoming bout with Colby Covington and possible future fights. When originally asked the question if he’d fight ‘The Last Stylebender’, Usman played the question off and set his sights on the best boxer in the world, Canelo Alvarez.

Kellerman doubled back to the question of a possible Israel Adesanya super fight and ‘The Nigerian Nightmare’ didn’t shy away from the question this time.

“Adesanya is my guy, that’s something me and him would have to discuss. There’s a difference between fighting and competing. If me and him decide we want to compete, and the UFC is throwing 100 million dollars at us, then we’ll make it happen.”

It wasn’t a very straightforward answer by any means. It sounds like the two fighters would compete against each other if they are paid exceptionally well. ‘The Nigerian Nightmare’ seems to lean more towards boxing Alvarez, rather than stepping in the cage with his friend and someone he even considers to be like a brother.

The fight would be a fun one without a doubt and stylistically, a test for both fighters. Usman may not have the striking to stand and bang with Adesanya for multiple rounds, but he has Adesanya beat in the grappling aspect. Usman’s striking gets better and better with every fight, so it would be a great test of skills.

Are you interested to see Kamaru Usman and Israel Adesanya “compete” inside the octagon?