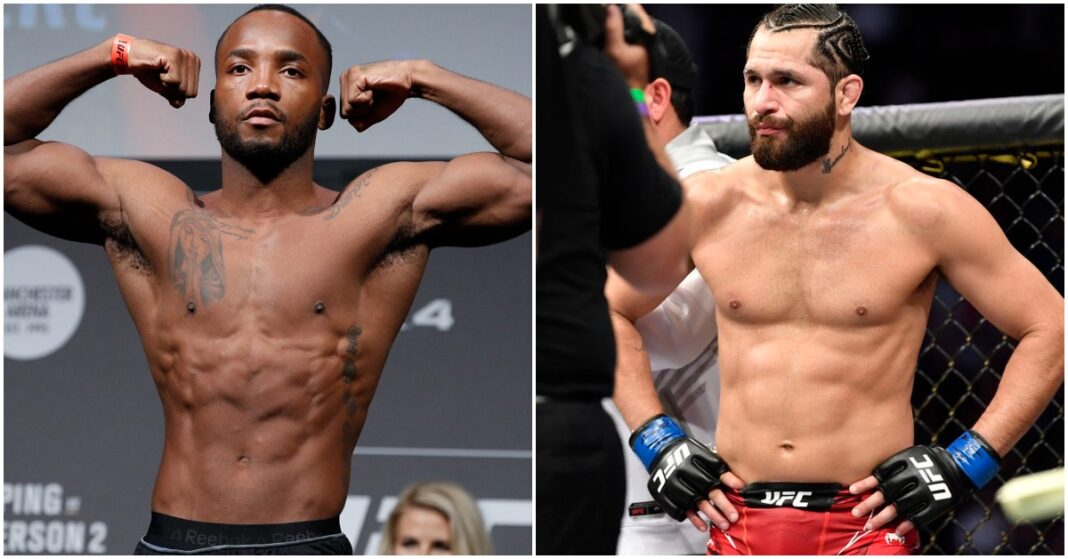 Jorge Masvidal has been forced to withdraw from his UFC 269 fight with Leon Edwards due to an undisclosed injury.

“Jorge Masvidal (@GamebredFighter) vs. Leon Edwards (@Leon_edwardsmma) is off UFC 269 on Dec. 11, UFC’s Chief Business Officer Hunter Campbell tells ESPN,” Okamoto wrote on social media. “Undisclosed injury for Masvidal. No word yet on whether it will be rebooked or UFC will move on.”

‘Rocky’ established himself as one of the top contenders at 170lbs when he beat Nate Diaz over five rounds at UFC 263 to stretch his winning run to nine straight fights. Edwards will be keen to get an alternative opponent for UFC 269 or quickly reschedule his fight with Masvidal due to the fact he is just one fight away from a title shot.

The Englishman will also want the chance to settle his personal beef with Masvidal. In 2019, ‘Gamebred’ knocked out Darren Till at UFC London before landing a three-piece with the soda on Edwards backstage.

A fight between the two appeared to be imminent but Masvidal until recently has distanced himself from a bout with Edwards. However, back-to-back losses to Usman meant ‘Street Jesus’ had some work to do to get back into the welterweight title picture. So, he accepted a fight with Edwards who is widely regarded as next in line for a shot at the champ.

Jorge Masvidal vs. Colby Covington next?

Masvidal’s withdrawal comes just a few days after his former teammate and friend, Colby Covington called him out. ‘Chaos’ suffered a unanimous decision defeat to ‘The Nigerian Nightmare’ at UFC 268. Post-fight, Covington asked for a fight with Masvidal and even advised his bitter rival to pull out of his UFC 269 fight with Edwards. Coincidentally that has now happened, and we could finally see one of the biggest rivalries in MMA settled inside the Octagon.

Do you think the UFC will rebook Jorge Masvidal vs. Leon Edwards?