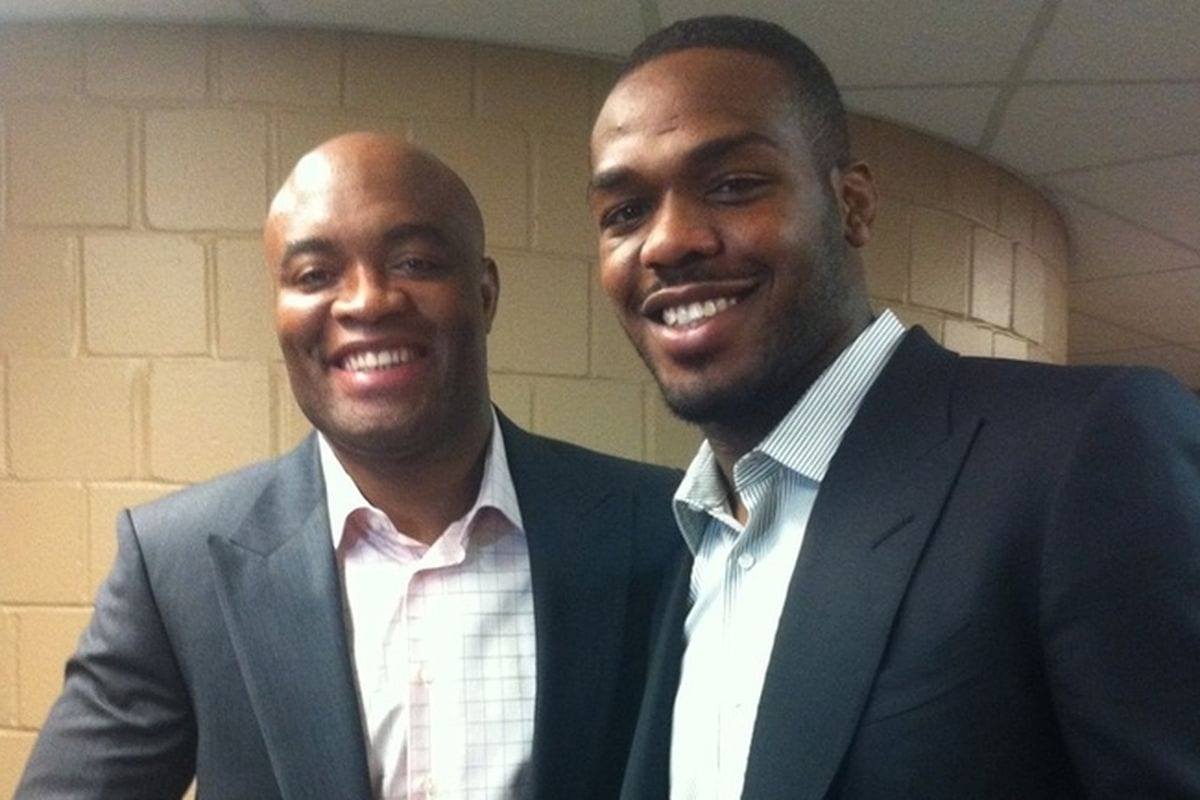 Earlier today, surging middleweight Israel Adesanya made headlines in the MMA world by claiming he had killed one GOAT in Anderson and was coming for Jon Jones.

Jones missed today’s UFC Seasonal Press Conference with an unknown illness. However, that hasn’t stopped him from calling out the young title contender.

Jones hopped on Twitter to shut down Adesanya’s claim, and he did so in quite brutal fashion. First, he claimed that ‘The Last Stylebender’ was watching a different fight than everyone else if he really thought he had beaten the 44-year-old former champ soundly. He then claimed that if they fought, the Nigerian would be calling him ‘daddy’ by the third round:

“If you think you killed 44 yr old Anderson, you didn’t. I’m not really sure what fight you’ve been watching. You got past the legendary GOAT, now come fuck with the King of the jungle. I’ll make you call me daddy by the third.”

Quite the clap-back from “Bones.” Adesanya will throw down with Kelvin Gastelum for the interim middleweight title in the co-main event of tomorrow’s (Sat., April 13, 2019) UFC 236 from the State Farm Arena in Atlanta, Georgia. If he wins the interim belt, it’s assumed he’ll move forward to a title bout with injured champ Robert Whittaker.

‘Bones,’ meanwhile, will take on rising light heavyweight Thiago Santos in the main event of July 6’s UFC 239. There are some huge fights awaiting him afterward if he wins. The main one that comes to mind is a grudge match with Daniel Cormier at ‘DC’s’ current home of heavyweight.

But if Adesanya is the middleweight champ and Jones is the 205-pound boss later this year or early next year, this fight could be a huge match-up. It now has the backstory to propel it to quite a lofty status.