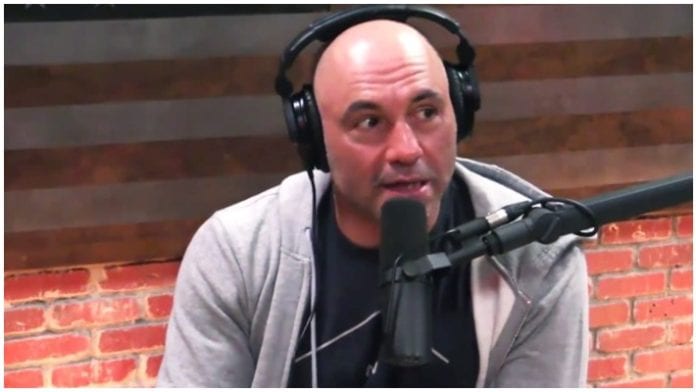 UFC commentator Joe Rogan has given his opinion on how Nick Diaz performed in his return to the octagon at UFC 266.

Rogan usually provides color-commentary for UFC pay-per-view events, but sat out UFC 266 in favor of a hunting trip. For fans wondering what his thoughts were on Diaz’s return, he gave some insight on the latest episode of The Joe Rogan Experience. Talking with comedian Bert Kreischer, Rogan said that while he was impressed with how the elder Diaz brother look, he believes he’ll need more time back in the sport to show what he’s truly capable of.

“My thing about Nick Diaz is, when I looked at him physically, I was like, ‘I don’t know how much he’s been training,'” Rogan said. “When Nick was in his prime, he was really lean. I mean he’s definitely an older guy now, but the thing is I don’t think you can just jump back in that easy after six years out of the sport. I think you probably need more time to prepare.”

In the lead-up to his rematch against Lawler, Diaz repeatedly stated that it was match-up he had no interest in. After the fight, his longtime training partner and friend Jake Shields took to Twitter to say that the UFC pressured Diaz into taking the fight before he was ready. Rogan said that those factors were noticeable in Diaz’s performance.

“I don’t know how much time he had to prepare, and why they agreed to do a fight on short notice,” Rogan said. “I think it was only like six weeks notice, which I think is fine if you’re Michael Chandler. If you’re in peak form right now and you’re ready to go, if someone gives you six weeks, I bet you can get ready for a fight. But if you’re a guy who’s been off for that long, you’re going to need more time. I’m just guessing. I don’t know how much time it took him. But my point was he didn’t do that bad for a guy that was out six (years).”

“Robbie Lawler was pressuring him and he was putting it on him and he was definitely getting the better of the exchanges, but it’s not like Nick Diaz didn’t have his moments,” Rogan continued. “He definitely did. He would just have to have way more time to prepare and he would have to really be ready to go. Like the old Nick Diaz, the Nick Diaz that fought Anderson Silva; the Nick Diaz that fought Georges St-Pierre; the Nick Diaz that fought Paul Daley in Strikeforce. That dude was a f—ing killer. Can he still do that at 38? Maybe. We don’t know if you just have one fight. You need time. If your body hasn’t been used to this stuff, and you haven’t been training as much as you were when you were in your prime, if you still want to do it against legitimately, physically, you probably can.”

Rogan compared training for a fight to training for a marathon – something both Diaz and Kreischer have experience doing. He said that repetition makes it easy for the body to adapt, and that it takes a long time to get the body ready to perform at it’s highest peak again.

“You’ve run a marathon,” Rogan said to Kreischer. “When you start out and you run a mile and you’re dead, you’re like, ‘I can’t believe anybody can run 26 of those.’ But if you do it over and over and over again, you build up. I don’t think Nick Diaz had a chance to build back up after being off for that much time. I think you get back to where he was Nick Diaz in his best, he’s got to have some time.”

How do you think Nick Diaz looked on Saturday? Do you agree with Joe Rogan? Let us know!