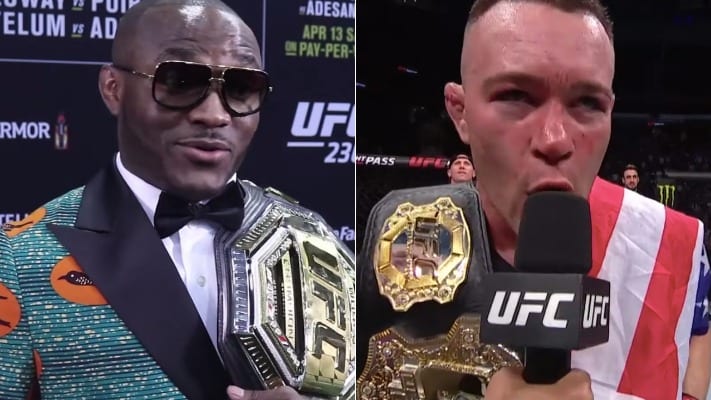 Joanna Jedrzejczyk and Colby Covington are teammates at American Top Team, but when “Chaos” fights Kamaru Usman at UFC 245 for the title, she will be rooting for Usman.

Why the former strawweight champion will do so is because of how Covington has treated their ATT teammates like Dustin Poirier and Jorge Masvidal.

“I never wish any fighter to get like hurt, I wish that Usman will beat his ass. I shouldn’t say this because you always should support your people, but Colby is not a friend, he’s just acting weird. He’s an ugly guy,” she continued. “You never talk bad about your teammates, doesn’t matter if you like them or not.”

Recently, Covington and Masvidal had a falling out after being best friends for years. “Gamebred” said it was because ‘Chaos’ failed to pay one of his coaches.

Meanwhile, Covington picked Khabib Nurmagomedov to beat Dustin Poirier and said he couldn’t stuff a takedown. So, according to Jedrzejczyk, she believes this is all an act and he is trying to be like Conor McGregor.

“He’s acting like he’s Conor McGregor. Trying to show on the video that people open the door for him, that he’s driving fancy cars,” Jedrzejczyk said. “He’s in show guys, he’s in [the show]. He’s a hard worker. I don’t buy it.”

What do you make of Joanna Jedrzejczyk saying she hopes Kamaru Usman beats Colby Covington?