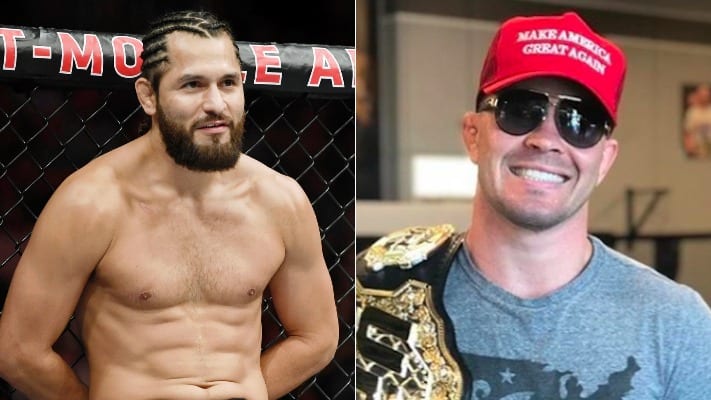 The friendship between Colby Covington and Jorge Masvidal is over.

Things took a turn for the worst once both men entered the 170-pound title picture. Some words were exchanged online and through the media. However, it sounds like things between Masvidal and Covington fell apart long before their rise within the welterweight division. Speaking on “The Dan LeBatard Show,” Masvidal claims Covington ripped off one of his coaches, failing to pay him the money he owed. (H/T MMA Fighting)

“He ripped off my coach, that was his coach. We were with him until his title fight. After he won the title, he owed him a certain amount of money, didn’t pay him,” Masvidal said. “I said if you don’t pay him I’m going to f—k you up. My coach got in between it, it doesn’t have to be like this, let it slide, since thing I ain’t talked to the dude.

“It’s been about a year and some change. It is what it is. All these words they do have consequences because this guy used to sleep on my couch, used to eat off me cause I was the one with the sponsors. He was just still relatively an amateur and I was helping this guy out. It hurts that he would do that in a way just for a like on Facebook, just for a retweet on Twitter, he’s doing that, to get you and me talking about him.”

Masvidal said he and Covington’s friendship pretty much came to an end after that incident. Now, the trash talk between the pair has continued to increase. Masvidal claims Covington’s decision to play the heel persona has seemingly backfired, as “Chaos” is upset people want to see him lose.

“We were [friends] until he ripped off my coach and since then I ain’t talked to him,” Masvidal said. “He’s mad because people don’t care to see him fight. They want to see him lose. That’s what they tune into. He does this whole heel thing because he couldn’t get people to regularly watch his fights so then he said if I go over the top, create this persona, people will hate me, then people will tune in.

“People do tune in but it’s not as much as he would want and you can tell by the way that he’s talking. Bringing up chicks. Why do you kiss and tell? Were you not raised by gentlemen? Who cares if you are or not banging chicks. Who cares? What the hell?”

“Gamebred” also acknowledged things could be addressed in the gym, as they both train out of American Top Team (ATT).

“I can’t let this punk come in here talking,” Masvidal said. “He’ll be in the gym, I’ll walk in the gym, guess who leaves right away through the back door? Take a wild guess everybody.”

What do you think about Masvidal’s comments on Covington?