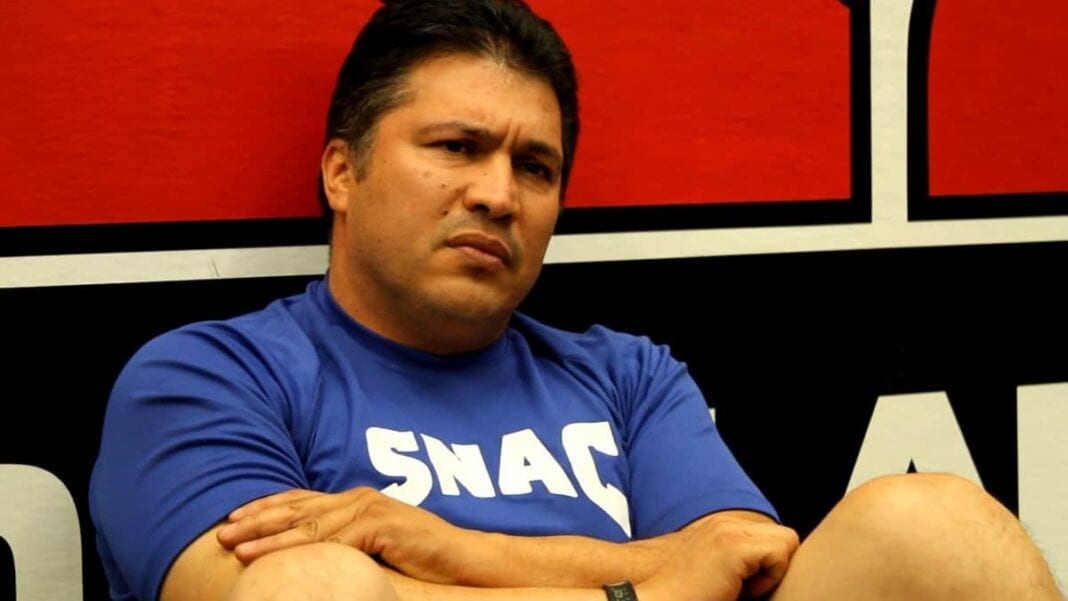 American Kickboxing Academy (AKA) head coach Javier Mendez is well aware of the fact that his team came in second in recent rankings that compiled fighter injury percentage among the most prominent MMA training camps.

Mendez’ gym has come under fire mainly for the frequent withdrawals of oft-injured heavyweight champion Cain Velasquez, who was forced out of his UFC 180 main event versus Fabricio Werdum with a knee injury and has not fought since UFC 166 in October 2013.

Speaking up about the subject in a recent interview with Bleacher Report’s Jeremy Botter, Mendez admitted that he’d be lying if he said the rankings didn’t get to him a bit:

“It’s been bothering me. There is a ranking that came out, and we are number two on the lowest amount of injuries for big organizations. So we aren’t in the top for injuries. But even being number two, I would rather not be on that list. But for a top team, we are safer than most. That still doesn’t make me feel good about being on that list.”

Because of the disturbing numbers, Mendez said he’s considering reducing fighter sparring in an effort to reduce wear and tear in the gym. It’s a fine line to walk according to Mendez, who knows that fighters do need at least some hard sparring in order to be on point for their bouts:

Mendez appears to have a solid plan for reducing fighter injuries in place, and of course there will always be some unforeseen circumstances when you’re dealing with a sport as violent as MMA.

Aside from the risk of injury in the gym, the flip side is going into a UFC-level fight with not enough sparring and losing. It’s a delicate balance of give-and-take for the elite athletes at AKA, so Mendez knows he can’t prevent his competitors from sparring how much they deem necessary:

“If a fighter says, ‘No, I want my three days of hard sparring,’ I have to give him that. I’ve always allowed the fighter to make the decision on whether they want to spar three days, two days or one day. And I don’t really want zero days of hard sparring because they need to know what it feels like to get in there.”

Fighters may need sparring to be sharp for their actual fights, but AKA team members have a reputation for overtraining. At the forefront of that notion sits Velasquez, whom Mendez has admitted pushes himself too far in the gym.

While his training routine lends to his nonstop pressure in the cage, it also puts a ton of stress on his body considering he gets seriously injured in what seems like every fight.

And those are bouts that Velasquez has been winning without even so much as a threat from his opponents as of late.

It’s clear that something has to change not only at AKA, but in the sport of MMA overall if it wants to rebound from a horrendous 2014 that saw endless events decimated by injuries to headliners.

Should more MMA gyms follow Mendez’ lead and reduce sparring days, or do today’s fighters simply need to know when it’s time to listen to what their bodies are telling them and rest?