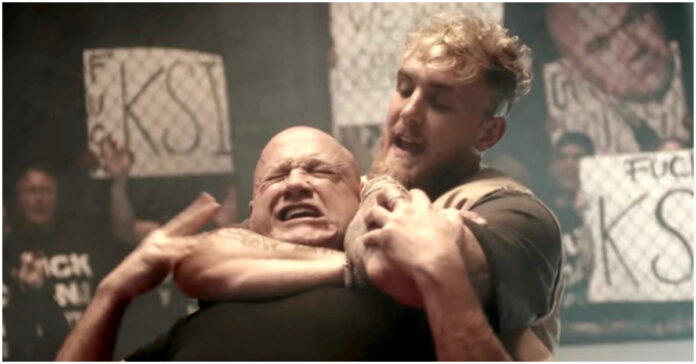 After a year of consistently coming at Dana White with words of vitriol, Jake Paul has made it clear that he doesn’t plan on stopping anytime soon.

‘The Problem Child’ most recently made waves when he dropped a music video and diss track slamming White on Friday. The track took aim at White for not paying his fighters a fair amount among a number of the same issues Paul has spoken about in recent memory including the UFC President’s lack of hair and alleged drug use.

Not only did Paul take shots at White but he also included the names of fighters such as Jorge Masvidal, Nate Diaz and Conor Mcgregor. The video has already garnered just under 1.9 million views.

Paul believes with the recent reports of a lawsuit against Francis Ngannou stemming from the heavyweight champ speaking with Paul’s manager was an admission that he had White’s full attention.

“Dana White first tried to get me beat by Ben Askren,” Jake Paul said in an exclusive statement to MMA Fighting. “Then he said he would bet $1 million that I would lose to Askren. After Dana ran away from his own bet, he started saying my fights are fixed. He then proceeded to disrespect Tyron Woodley, his four-time champion, and said Tyron is washed up.

“And finally Dana moved on to claiming I’m a dirty fighter. Put aside that I have passed drug testing at every event, I agreed to get tested by Dana White/UFC, but he refused to respond to my offer. Obviously, testing me is not that important to him as it would mean he would have to raise fighter pay and give them the long-term healthcare that they should be provided.”

Paul later added, “Dana White is too busy sending out lawsuit threats to his heavyweight champions minutes before they enter the cage to fight another man. I think he actually sent my partner [Nakisa Bidarian] the same thing at 9 p.m. that night when Dana’s supposedly being president at his big PPV event for a public company.”

Jake Paul Will Continue To Fight For Better Fighter Pay

Another main takeaway from the diss track was that Paul expressed an interest to start a fighters union, claiming that this whole charade wasn’t about MMA or Boxing but instead doing what is right.

Paul recently purchased shares in Endeavor, the media parent company overseeing the UFC. He made the purchase to have a legitimate voice as he continues to fight for this cause.

Do you think this war of words between Jake Paul and Dana White will eventually blow over?