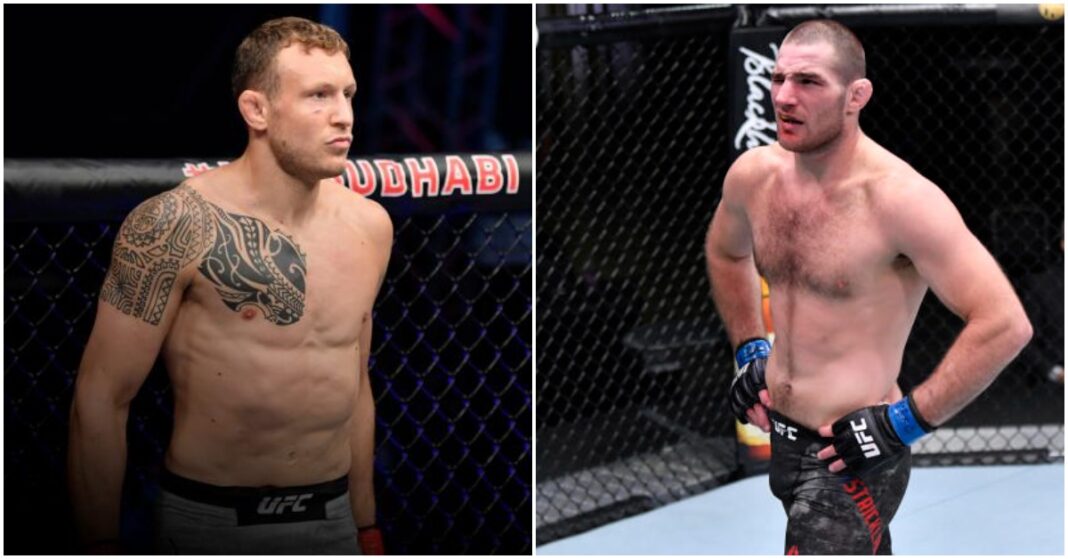 It has been reported that UFC middleweight contenders Jack Hermansson and Sean Strickland are set to clash on February 5th in a five-round main event.

ESPN’s Brett Okamoto shared via his Twitter that the UFC would be pitting No.6 Hermansson with No.7 Strickland which is set to headline a UFC Fight Night.

The background of Jack Hermansson vs. Sean Strickland

Both men will be entering the octagon in an all-important bout which could catapult the winner into the title picture. With the current champion, Israel Adesanya having already beaten four of the top five, an impressive performance result in a number one contender fight.

Hermansson will be looking to build off his last performance, which saw him dominate young contender Edmen Shahbazyan. The Swede has shown his fantastic all-around game, with 11 TKOs and six submissions out of 22 wins which accumulated in his most impressive run of form from 2018-2019. This saw him on a four-fight win streak which ended in him beating Gerald Meerschaert, David Branch, and Ronaldo ‘Jacare’ Souza. Since then ‘The Mauler’ has been 2-2 but has only lost to top contenders Marvin Vettori and Jared Cannonier and also picked up a win of Kelvin Gastelum.

Standing across the cage from Hermansson will be the surging Strickland who had is riding a five-win streak and most recently secured a shut-out victory over Uriah Hall. Strickland has impressed and shown a good run of form since his move up from the welterweight division, showing off his smothering pressure and smooth hands. Although the American has grabbed attention with his fighting skills, he has also been in the headlines for his out-of-the-cage antics.

The often polarizing Strickland has received backlash from fans and fighters alike with comments such as “I would love nothing more than to kill somebody in the ring. Nothing more. It would make me super happy.”

What do you think? How do you see Jack Hermansson vs. Sean Strickland playing out?