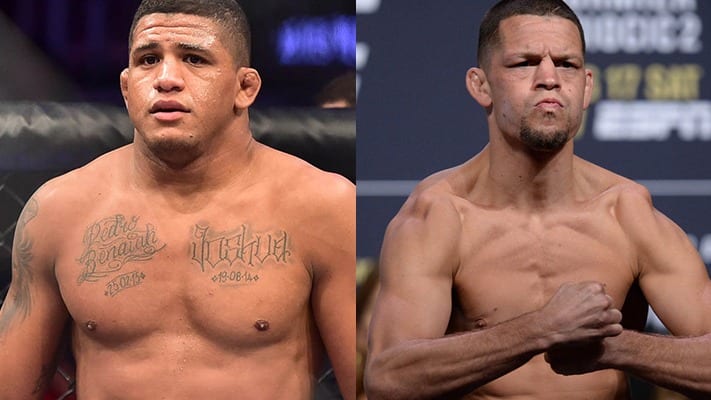 Khabib Nurmagomedov defeated Justin Gaethje with a triangle choke in the second round of their lightweight title unification fight on Saturday.

Diaz was not impressed, however, as he fired shots at Nurmagomedov along with Conor McGregor and Dustin Poirier following the event.

The most recent tweet came on Sunday when he claimed Nurmagomedov was 29-1 with the one loss coming to him after an altercation the pair had a few years ago.

That led to many fans mocking Diaz and some fighters and ex-fighters also joined in like Burns and Thomson who responded with pictures of Diaz getting beaten up.

Burns has notably gone back-and-forth with Diaz in the past after the Stockton native played him down as a worthy title challenger. “Durinho” would fire back by mocking the number of losses on Diaz’s record on that occasion.

Meanwhile, Thomson — the only fighter to finish Diaz via strikes — also responded with a picture of the head kick that led to the latter’s defeat in their fight. Thomson is notably a teammate of Nurmagomedov’s at American Kickboxing Academy.

With just two fights since the start of 2017, Diaz certainly isn’t helping himself with these tweets.

What do you make of these interactions?