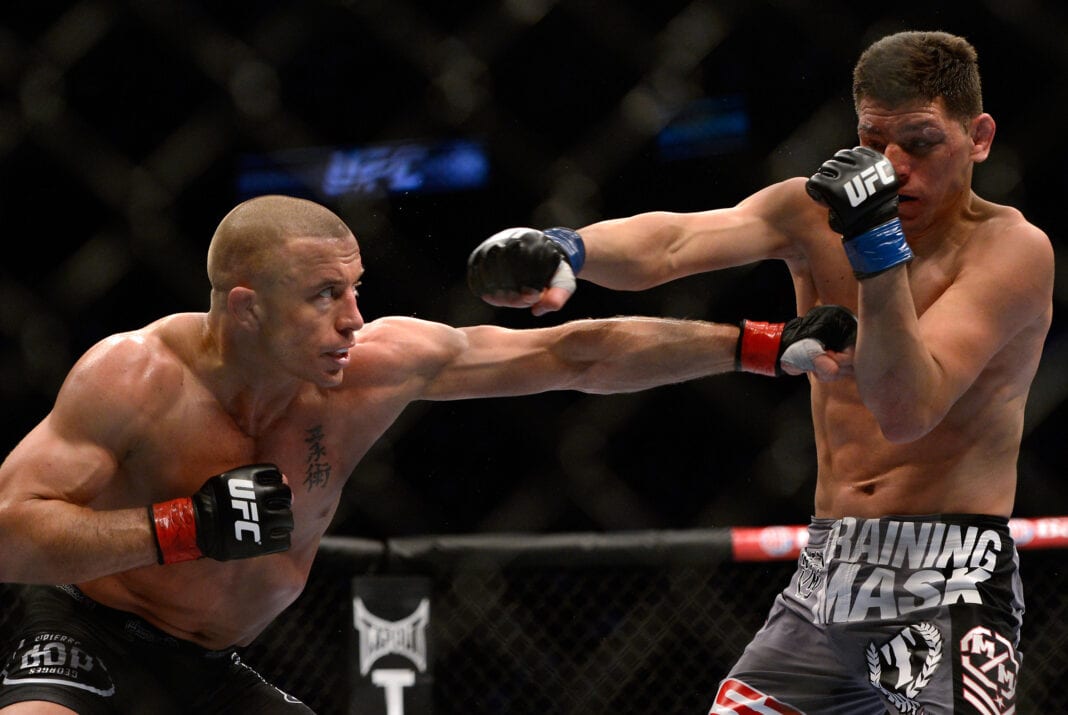 Former UFC Welterweight and Middleweight king Georges St-Pierre believes Nick Diaz still has what it takes to compete with the best and even be champion. In a recent interview with Marc Raimondi, ‘GSP’ stated that Diaz’s game is ‘very, very, very underrated’ and is one of the best.

St-Pierre fought Diaz back in 2013 for the Welterweight title at UFC 158, where GSP earned a unanimous decision victory and retained his strap. Diaz is looking to return to the octagon for the first time in more than five years after a successful test cut and his old opponent suspects that Diaz can still compete at the highest level even after the lengthy layoff outside the octagon.

“I wish him the best, I love to see him fight,” St-Pierre stated. “I just wish and hope that he comes back as good or even better than he was. I believe he can be champion. He has a crazy style. He comes forward, and his game is very, very, very underrated. When you fight him, you feel the feeling of claustrophobic.”

“He’s playing with your mind. He’s very well-rounded. I think he can get up there and cause a lot of problems to a lot of guys.” St-Pierre also believes that Diaz should’ve fought former champion Tyron Woodley when he had the belt, “I always said it, I believe when Tyron Woodley was champion, he should have gone and fight Tyron. It would have been a great fight for the fans, and he would have had a chance to win because of the style.”

“Now, the champion is Kamaru Usman, who’s a different style of fighting. I don’t know how he’s going to match with that, but he should give it a shot before it’s too late, he’ll regret it. If he feels as sharp as he was or even better, he should do it.” (Transcribed by MMA Mania)

St-Pierre last stepped in the octagon at UFC 217 when he beat Michael Bisping to be the Middleweight champion, since then St-Pierre has retired but there are still rumours that a fight against Lightweight champion Khabib Nurmagomedov might happen down the line.

Do you think Diaz can be champion if he comes back?