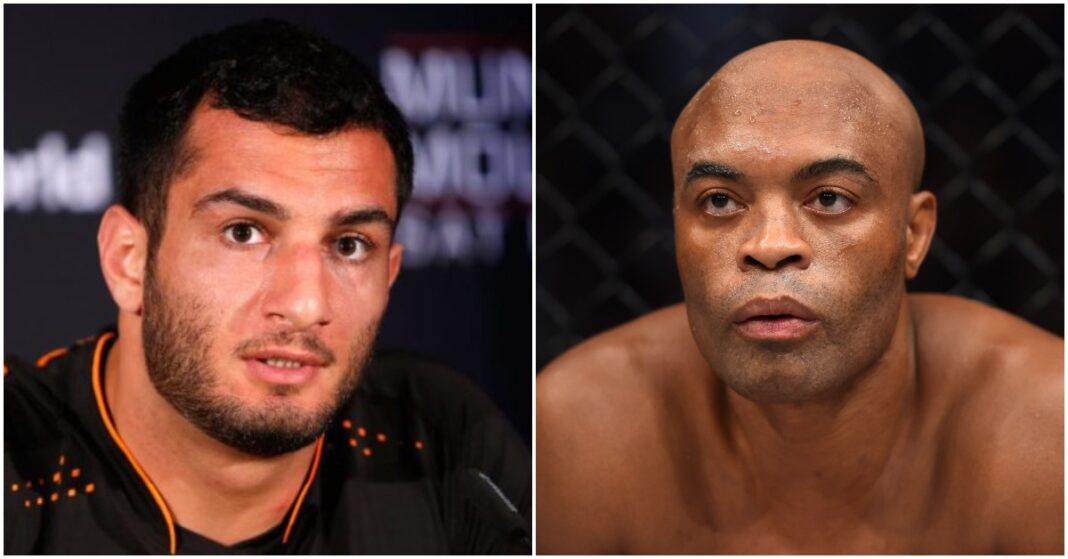 Bellator middleweight champion Gegard Mousasi is looking to broaden his horizons in combat sport and wants to test himself against Anderson Silva in a boxing ring.

Gegard Mousasi has seen success across multiple combat sports and promotions. Having already been a former Strikeforce and Dream champion he also is the owner of an undefeated kickboxing record. Mousasi spoke on The MMA Hour revealing his interest in making the move over to boxing sometime this year.

“I would have loved to fight more but it’s the pandemic. They’re gonna keep me busy this year. Three times, and I want to fight Anderson Silva in boxing. My managers are gonna push for that fight. You, Anderson, don’t run away from me.”

Anderson Silva’s return to boxing has gone very well following his victory over Julio Cesar Chavez Jr back in June. He would go on to knockout Tito Ortiz in their matchup back in September, with more fighters crossing over into different avenues of combat sport it wouldn’t be that surprising if we saw something like this happen.

Gegard Mousasi clearly is wanting to test himself against Silva despite having no interest in facing him in MMA anymore, he knows the challenge in boxing would still be very real.

“Now it’s up to him,” Mousasi said. “I think it’s not very interesting [to fight him in MMA]. In MMA he has lost, but in boxing he’s still winning. I think it’s different and it’s more entertaining.

“I threw it out to Scott [Coker] and Showtime. … I’ve been pushing for it.” (transcribed by mmafighting.com)

However, before Mousasi can think about making the move, he must first get through Austin Vanderford at Bellator 275 this Friday where his middleweight championship will be on the line.

Who would win in a boxing match Gegard Mousasi or Anderson Silva?