LowKickMMA.com
Home UFC News UFC Heavyweight Champion Francis Ngannou Plans to ‘Conquer Everything’ in The Next... 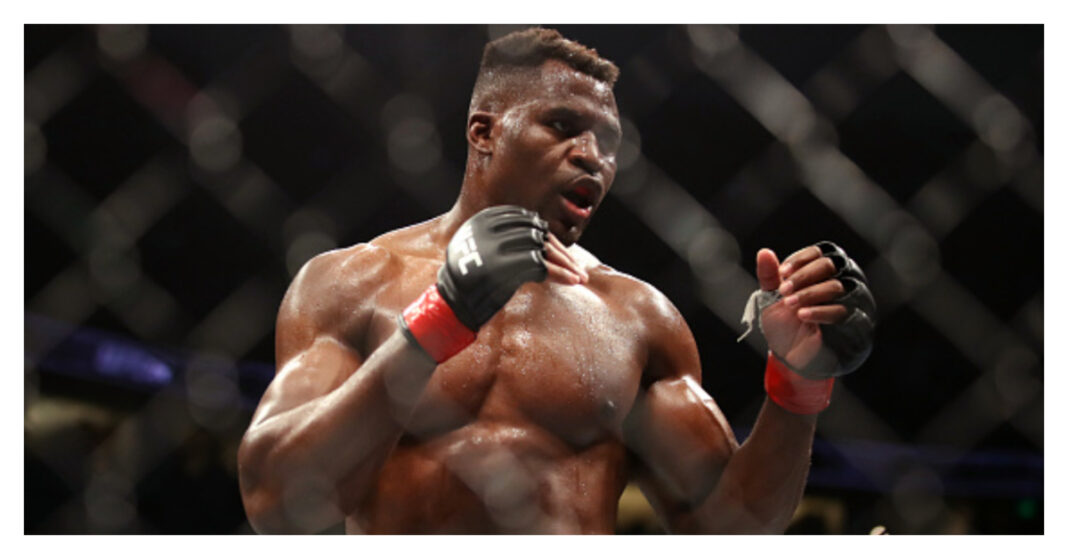 Francis Ngannou’s future in combat sports is on pause, but ‘The Predator’ has plans to return and “conquer everything” within the next five years.

The last time we saw Ngannou in the Octagon, it was at UFC 270 when he successfully defended his UFC heavyweight championship against Ciryl Gane. Leading up to the bout, Ngannou had a very public dispute with the UFC over his contract. As a result, his UFC career is still up in the air, but the Cameroonian fighter still plans to conquer the world of combat sports.

When a fan on Twitter suggested that Ngannou may never fight again, Ngannou himself responded to let the fan, and the world know that he is far from finished.

“I’m just getting started bro! I have at least 5 more years to conquer everything. #3KINGS”

Since his last appearance, Francis Ngannou underwent knee surgery which will keep him sidelined for a significant amount of time. In his absence, the UFC has had no shortage of emerging heavyweight contenders. Though the prevailing theory is that Jon Jones will return to face former heavyweight king Stipe Miocic in an interim heavyweight title fight, heavyweight scrappers Tai Tuivasa and Tom Aspinall have begun to emerge as potential title contenders.

Whether or not we see Ngannou back in the octagon is still unknown, but the ‘The Predator’ has been vocal about his desire to test his mettle in the squared circle. Ngannou has had frequent back-and-forths with heavyweight boxing superstar Tyson Fury online. The two even appeared together in the ring following Fury’s sixth-round knockout of Dillian Whyte in April to tease a potential clash.

No matter what comes next for Ngannou, we can rest assured that he is far from done in combat sports. Whichever route he goes, fans are sure to follow.

Do you think Francis Ngannou should return to the Octagon or would you like to see him compete in the sweet science?