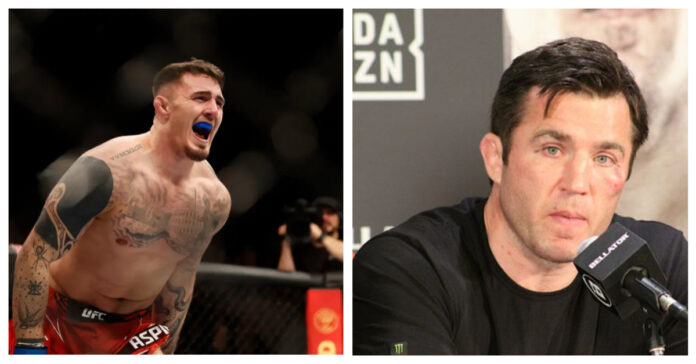 Tom Aspinall is more than happy being himself rather than playing a WWE like character in order to promote himself, like Chael Sonnen has suggested.

Sonnen said ahead of this fight against Blaydes, that Aspinall needed to promote himself more as a fighter to get more eyes on him. He called Aspinall to sweet of a person and is too much of a fan of the sport to headline a major card.

“I never thought that I was going to be talking about a title after five UFC fights, six UFC fights. I feel like I’ve got more work to do. I’ve got a lot more work to do, more proving. I don’t want to be one of these people who gets here by talking. That is not me.” Aspinall said on The MMA Hour

Aspinall claimed that he would rather let his fighting do the talk for him, rather than continuously talking and calling people out. Aspinall’s approach going forward will be to continue being himself and a genuine person, rather than put on a persona like other fighters and WWE superstars.

“I’m more than happy being myself thanks and not selling myself out and acting like a [clown] for views and money,” wrote Aspinall on Instagram Stories. “I am not a WWE entertainer I’m one of the greatest heavyweights to walk on this [Earth] and it will be shown in my body of work from my UFC debut until I retire in 10 years. I don’t need to talk s—t. Happy to be myself.”