LowKickMMA.com
Home UFC News Darren Till Likes Colby Covington’s Gimmick Because ‘It Upsets So Many People’ 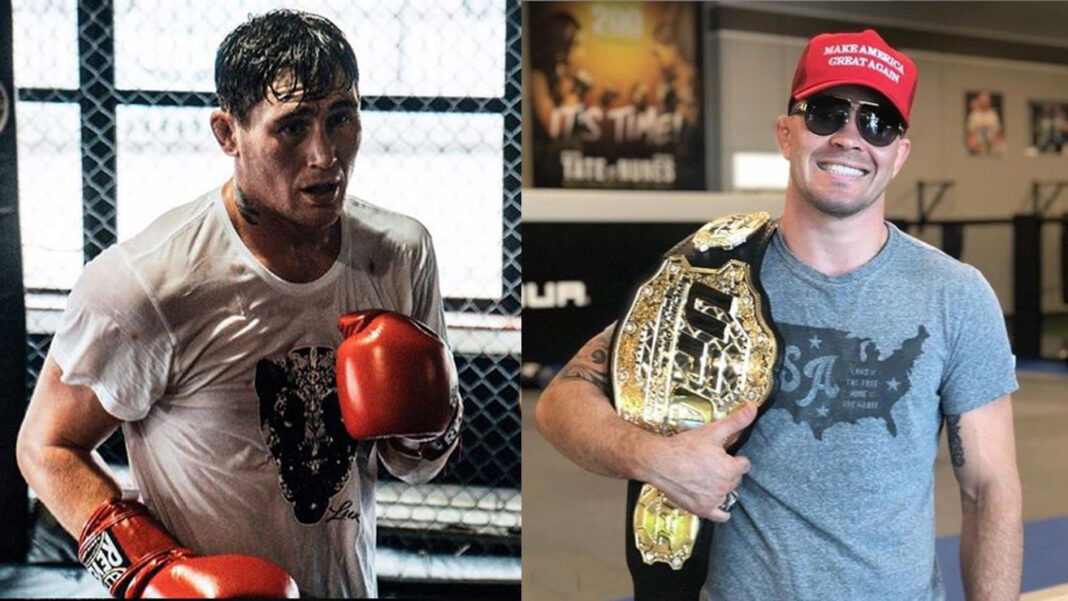 Top UFC Middleweight contender Darren Till made an appearance on fellow Brit’s Michael Bisping’s Believe You Me podcast where they talked about a variety of topics. The full episode of the podcast can be viewed here.

One topic that caught attention was when Bisping brought up Welterweight Colby Covington. Till was quick to praise the fighter and his unique persona that gets tons of attention.

“I mean, I love Colby, I love his act, I love his fighting style. Striker-wise, I don’t think he’s the best striker, but I think he’s a phenomenal fighter. I’m a fan… I see past all the act and everything and you know what, mate? I f*cking think it’s absolutely hilarious. You know why? Because it’s upsets so many people and I just think, ‘Wow.'”

While Till may think Covington can be a bit much, he appreciates the effort put in by the former interim welterweight champ in getting people so riled up before his fights.

It’s not the only time we’ve seen Till make remarks about Covington and his ability in the octagon. He acknowledged the top welterweight contender when Lebron James made a remark about getting in the octagon with him.

Darren Till Believes That Khamzat Chimaev Is The ‘Real Deal’

One of the more intriguing topics brought up was the rise of Khamzat Chimaev in the welterweight division and the rumors of a potential clash with Gilbert Burns on the horizon in early 2022. Till had tons of praise for both competitors and made it clear Chimaev is the real deal.

“Look, there’s a lot of newcomers coming through and they’re making a lot of noise and I think all of them are great. But, Khamzat is the real deal. He’s the real deal, he’s very good. Is he as good as he thinks he is or people say he is? I don’t know. Is he going to be a world beater? I don’t know… I think he’s a legitimate contender. But Gilbert Burns mate, he’s a monster. That’s a good fight, that’s a very good fight.” (Transcribed by Sportskeeda)

While Till is in the middleweight the division for the foreseeable future a move back down to Welterweight isn’t completely out of the cards and a potential matchup with either of those fighters would be a massive billing. Expect to see him stick in the middleweight class for now as he guns for a future bout with the champion Israel Adesanya.

What do you make of Darren Till’s comments on Colby Covington?