LowKickMMA.com
Home UFC News REPORT | Gilbert Burns vs. Khamzat Chimaev Is In The Works For... 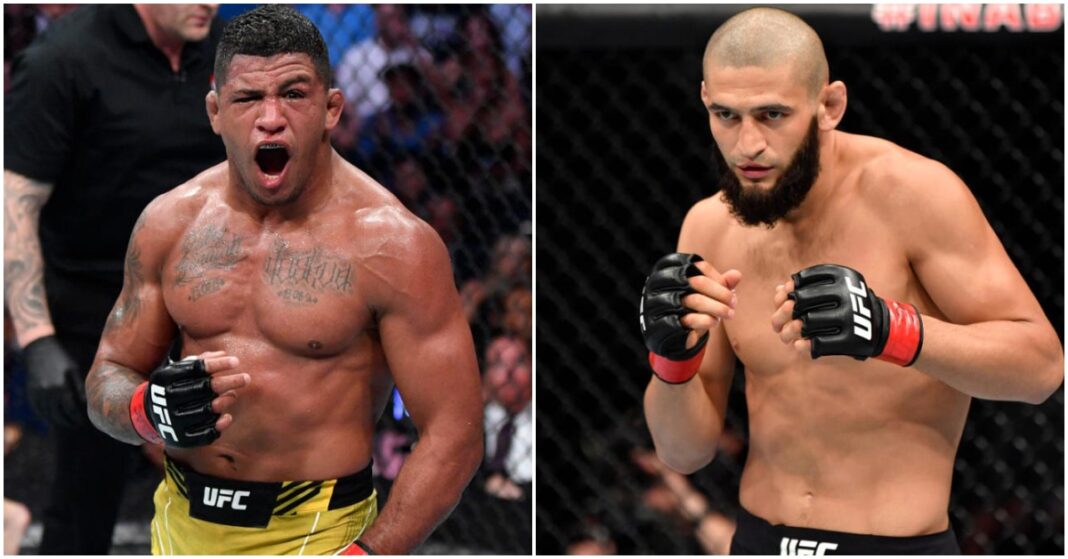 A welterweight match-up between one-time title challenger, Gilbert Burns, and top prospect, Khamzat Chiamev, is reportedly in the works for January.

Front Kick Online report that talks are currently ongoing for the 170lb clash.

“Talks are in fact ongoing for Khamzat Chimaev vs. Gilbert Burns, according to sources. Not done, but likely to get booked. The plan seems to be January rather than December but again, nothing signed or set in stone as of now. Developing …”

Burns and Chimaev recently offered to fight Leon Edwards at UFC 269 after Jorge Masvidal withdrew from what appeared to be a number one contender’s fight. ‘Rocky’ seem set to sit out and wait for a title shot after putting together a nine-fight winning streak. As a result, it appears ‘Durinho’ and ‘Borz’ will face off against each other in a fight that will surely have a significant impact on the 170lb title picture.

Chimaev returned from a year-long layoff at UFC 267. ‘The Wolf’ faced the toughest test of his 10-fight career when he squared off against Li Jingliang in Abu Dhabi. ‘Borz’ reminded everyone why he is one of the most exciting prospects in MMA when he picked up Jingliang, carried him over to the corner Dana White was sitting in, and then slammed him to the mat in that area so he could chat with the UFC president. Chimaev made the toughest test of his career to date look like a stroll in the park, submitting Jingliang in just over three minutes.

Burns wobbled Kamaru Usman early but ultimately fell to a third-round TKO defeat when he fought for the welterweight title earlier this year. The Brazilian has already begun his journey back to title contention and did so in style with a three-round decision win over long-time contender, Stephen ‘Wonderboy’ Thompson at UFC 264 in July.

Do you want to see Gilbert Burns vs. Khamzat Chimaev?