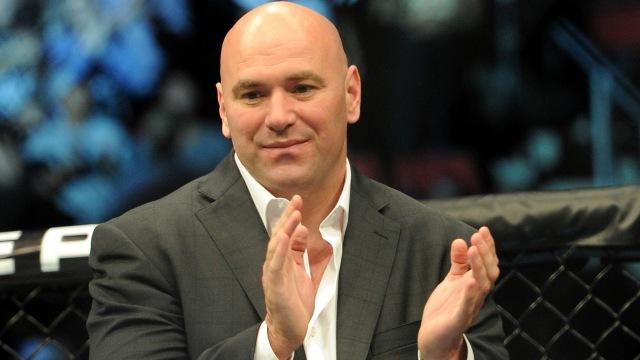 Dana White says the UFC’s value is growing by leaps and bounds.

The world’s leading MMA promotion was sold for a then-record $4.2 billion in July 2016. Hollywood talent giants Endeavor (formerly WME-IMG) scooped up the UFC and proceeded to go about business in a new way.

The UFC signed a lucrative television deal with ESPN set to begin next year. The deal is worth $1.5 billion a year over the next five years. Conor McGregor‘s massive boxing match with Floyd Mayweather Jr. gave the UFC their reported biggest year ever, at least financially, in 2017.

A bevy of high-profile fights on the horizon has the UFC trending up. UFC President Dana White says the promotion has nearly doubled in value due to these factors. White said the UFC is worth $7 billion in a recent interview with motivational speaker Anthony Robbins (via MMA Junkie) :

“When you think about it we haven’t even scratched the surface yet of how big this thing can be. We just did a TV deal with ESPN for $1.5 billion for five years. Now the company is worth $7 billion.”

There isn’t a ton of concrete evidence to back up White’s claim as of right now, because the promotion is only worth what someone is willing to pay.

The deal with ESPN will bring the UFC and MMA to the homes of millions of more customers. White has been criticized for becoming complacent in the UFC’s new era. He claimed he is still motivated to find new talent, however:

The UFC is certainly headed for greener pastures to close out 2018. Conor McGregor will return at October 6’s UFC 229. The fight is being billed as the biggest in UFC history and legitimately could be. Early indicators suggest it will be.

Fan favorites Nate Diaz and Brock Lesnar are also slated to return in the comings months. So the future is looking bright for the UFC. That should only be amplified by their debut on ESPN.

However, the promotion fared poorly most of this year without any major stars to boost their numbers. Stars like McGregor and Diaz will need to fight consistently in order to attain the level of value White claims they have.

That’s no easy task, as we’ve seen in recent years.