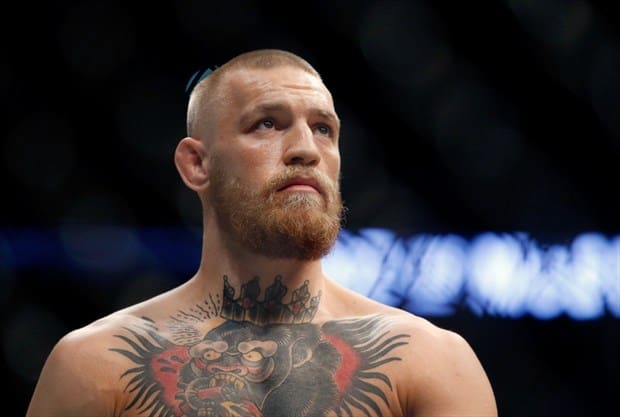 UFC 229 quickly made history despite the fact that the event is well over a month away from taking place but that just goes to show the draw power of Conor McGregor.

Conor McGregor is slated to make his Octagon return to challenge Khabib Nurmagomedov UFC lightweight championship at this show.

As a result, once tickets went on sale, it was a hit. The reason for that is due to the event racking racked up millions of dollars in ticket sales where it will be one of the largest gates in UFC history.

MMA Fighting’s Dave Meltzer noted that the event is close to selling out as “there were still a small amount of tickets left at the AXS ticket website at $990 as of Saturday afternoon.”

This is a great start to the road of the return of the former UFC lightweight and featherweight champion. This event has surpassed UFC 200 and UFC 129 in terms of gate revenue but is still trailing the top spot and won’t get it.

The all-time record is the one set for UFC 205 on November 12, 2016 which the company’s first-ever event in New York held in Madison Square Garden. That show did $17.7 million.

The UFC 229 pay-per-view event is slated to take place on Saturday, October 6, 2018 at T-Mobile Arena in Las Vegas, Nevada. The main card will air on pay-per-view at 10 p.m. ET while the preliminary card will air on FOX Sports 1 at 8 p.m. ET and the promotion’s streaming service, UFC Fight Pass. The promotion will be adding more matches to the card in the coming weeks.