LowKickMMA.com
Home MMA News Conor McGregor Has “Got To Worry About” Lack Of Privacy: Stephen Thompson... 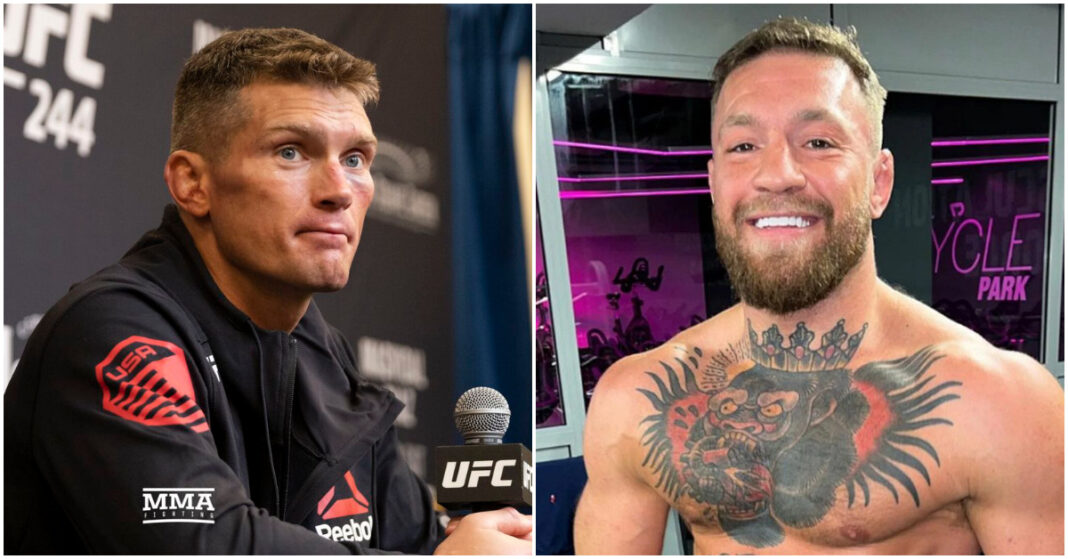 Former two-division UFC champion Conor McGregor is considered to be the most recognizable face of the sport beyond the bubble. Bursting onto the American combat sports scene in 2013, ‘The Notorious’ hit the ground running with a first-round knockout win in his UFC debut. He’s come a long way in the industry from his start through the golden era during 2014 and 2017 when his status saw a meteoric rise.

McGregor was reported to have made $180 million last year to top the richest sportsperson list in 2021. Although the 33-year-old suffered two consecutive losses to longtime rival Dustin Poirier, the value of his stock seems not to have taken a hit.

Stephen Thompson sympathizes with ‘The Notorious’

In a recent episode uploaded to his YouTube channel, Stephen Thompson talked about the life of a celebrity and the many potential dangers that accompany it. ‘Wonderboy’ was sympathetic in his statements and expressed an understanding of McGregor’s paradox.

“I’m not even on his level and I can enjoy my day but when it comes to that it has got to be tiring,” Thompson said. “Especially having and trying to have a family. On top of that, privacy for your kids, privacy for your honey.”

Thompson acknowledged the difference in the levels of his stardom and McGregor’s. While he stated that he is able to find time alone to enjoy some privacy, ‘The Mystic Mac’ might not be able to do so with so much fame.

Following a sensational run in the UFC that saw him become the first-ever ‘champ-champ’, Conor McGregor has largely chosen to stay outside the octagon. After winning the lightweight title against Eddie Alvarez in 2016, McGregor would only compete four times dropping three since.

In his latest outing against Dustin Poirier, McGregor suffered a horrific leg break that had him sidelined for over a year. Now that he’s swift in recovery and uploading videos to update fans of his progress, ‘The Notorious’ has been eyeing a fight at 170-lbs for his return. While he has expressed interest in a title shot against Kamaru Usman, it may not be the best comeback bout for the Irish superstar.

Nate Diaz has come forward as the frontrunner for fighting McGregor with a fourth fight against Poirier on the horizon as well. Being the biggest draw there is in the sport, McGregor is used to getting called out more often than not and will hold control over who he chooses to fight next.