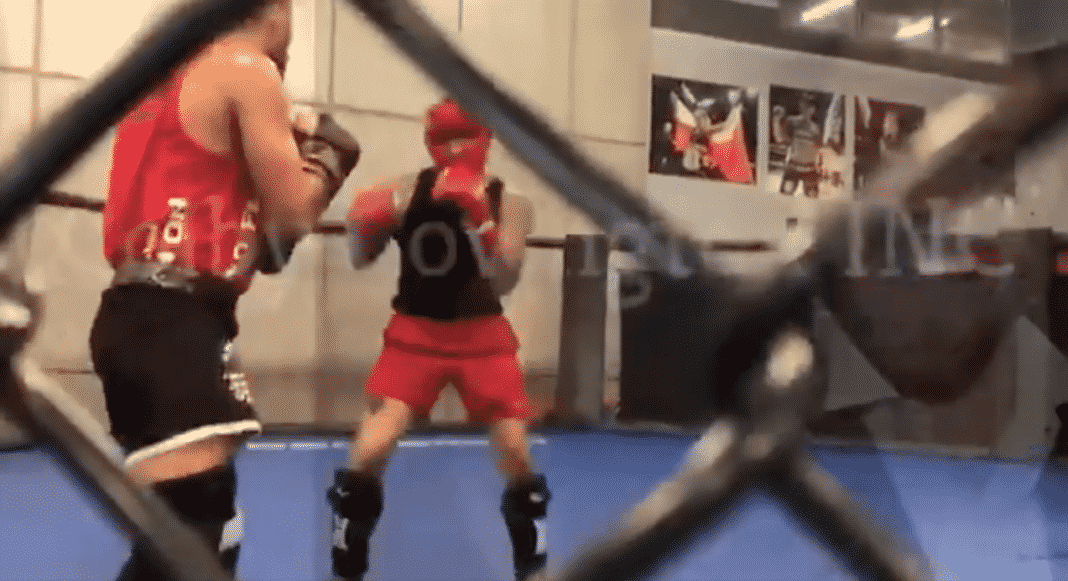 Covington claimed in March of this year that he had footage of Lafayette favourite, Poirier sparring with an amateur fighter ahead of his UFC 242 title unification bout with Nurmagomedov in Abu Dhabi, UAE — claiming that the upcoming UFC 264 feature dropped the amateur, before parading around the Octagon at American Top Team, taunting the teammate and then proclaiming, “And New“.

“Dustin (Poirier) is not a nice, charitable guy,” Covington said. “He is a piece of sh*t person — let me show you this video, Mike, so you can see it off-camera, I can’t show it on camera, look at this, look at this fight, this was at training. Wait, this is an amateur, by the way, no headgear, he was going training with him, watch. Watch what he says in his face, ‘And New’ — he’s rubbing it in the kid’s face after he drops him. What’s nice and honorable, and charitable about that?“

“You just dropped an amateur who came to help you train for Khabib (Nurmagomedov) which — why are you training with amateurs when you’re preparing for Khabib as it is?” Covington continued. “You have the best wrestler, the best cardio freak in the gym as there is at the gym at the time, but you chose to train with amateurs and you’re supposed to be this good guy but you’re not and you’re knocking out amateurs, and you’re yelling in their face, ‘And New’. That’s not Khabib kid, you didn’t just knock out Khabib. So Dustin’s a prick. Dustin’s a piece of sh*t, and I’m sick of this, ‘nice guy’ act.“

This evening, ahead of Poirier’s trilogy rubber match with former two-weight champion, Conor McGregor this weekend at the T-Mobile Arena in Las Vegas, Nevada — Covington posted a video on his official Twitter account, which shows Poirier dropping a sparring partner at the fence.

“The guy wearing full nerf gear head to toe to protect his face and his feelings is (Dustin) Poirier,” Covington posted. “The guy with no headgear, wrestling credentials or brain cells left is “Khabib” (Nurmagomedov). @DustinPoirier Good guy? Bad guy? You be the judge. #AndNew #UFC264“

The controversial, outspoken wrestler has been campaigning for a title rematch against Usman ever since his fifth round stoppage win over former champion, Tyron Woodley last September, however, the Californian has yet to secure a title re-run, with the above-mentioned, Masvidal reportedly also targeting a pairing with Covington or Nick Diaz ahead of an eye return to the Octagon in October or November.