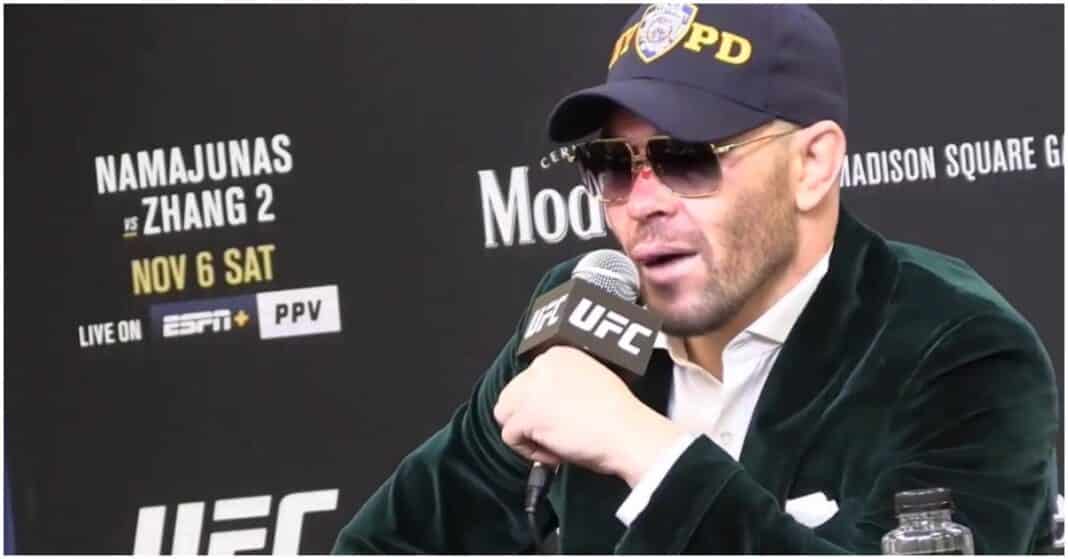 Colby Covington doesn’t believe there were any 10-8 rounds in his rematch with Kamaru Usman.

Covington suffered a unanimous decision defeat to Usman in their welterweight title sequel at UFC 268 earlier this month. Covington was notably dropped twice in the second round with many expecting the finish to come soon.

However, “Chaos” survived and ended the fight strong. In the end, however, it wasn’t enough as Usman still won all three judges’ scorecards.

Colby Covington: Only The Haters Calling It 10-8

Although the three judges didn’t score the second round as a 10-8, many fans, fighters and media alike deemed it a 10-8 on social media.

To that, Covington responded:

“I feel like I was kind of pressing in that round, and that round was mine up until that point,” Covington told James Lynch. “If you look at the tape, you can clearly see that I wobbled him with the jab, he kind of stumbled twice, but he gets his bearings and he throws a 3-2, right hand-left hook and the left hook just kind of caught me on the right spot, the temple. For just a quarter-second it put me down, but I wasn’t hurt. It wasn’t like I was wobbled and he had me completely concussed with a big shot. It just caught me unexpectedly.

“I was rushing in and my defense was down and he just caught a good shot. That’s not a 10-8 round, though. No way that’s a 10-8. 10-8 is when they’re doing damage and freaking almost finishing the guy. I wasn’t even close to getting finished. Those are the haters, man. The clickbait merchants is what I call them. There are just three judges in there. Millions of people watching the fight worldwide can decide for themselves.”

You can watch the snippet below:

Whether it’s a 10-8 or not is irrelevant in the end as Covington would have lost regardless seeing as the judges never scored it a 10-8 in the first place.

Did you think it was a 10-8 round for Kamaru Usman against Colby Covington?