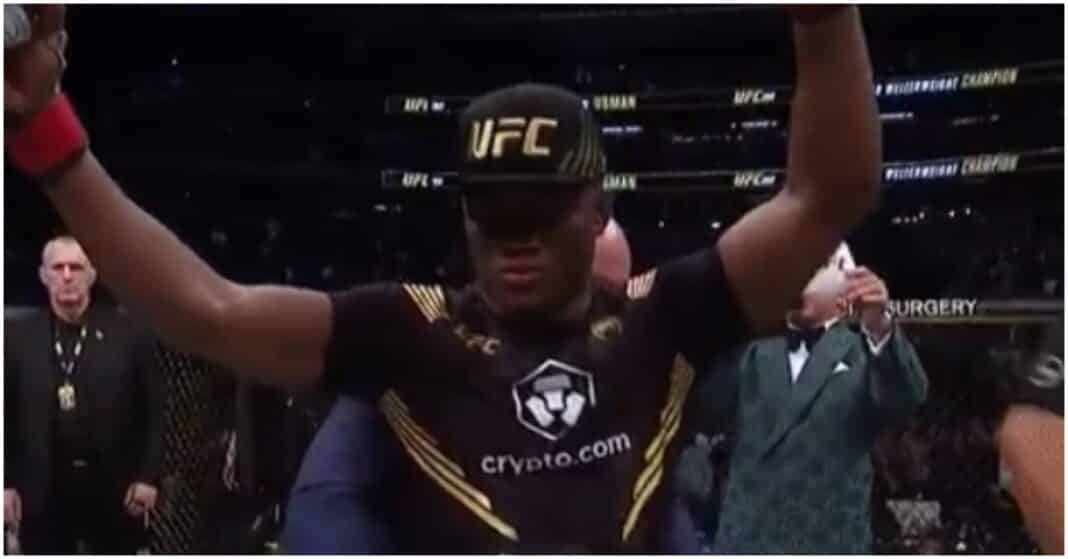 Kamaru Usman was pushed the full five-rounds by Colby Covington at UFC 268.

The champ dominated the early rounds and appeared to be on the verge of closing the show in round two when he dropped ‘Chaos’ twice.

Covington showed a ton of heart to survive and work his way back into the fight and even hurt Usman several times.

‘The Nigerian Nightmare’ eventually ran out the winner by unanimous decision after 25 minutes of war.