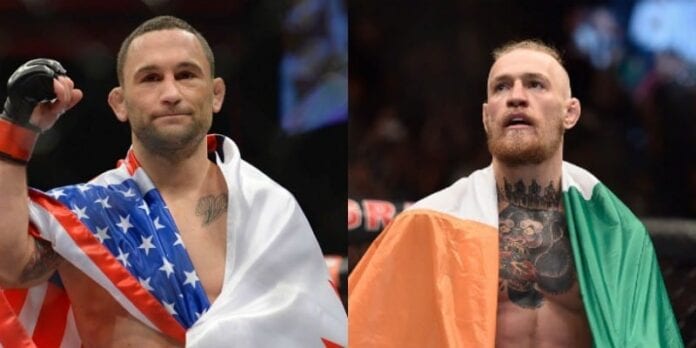 With mixed martial arts finally being legalized in the state of New York this past week, speculation has now turned to when the UFC will host an event at the infamous Madison Square Garden, and just who will fight on that card.

While New Yorkers and former champions Jon Jones and Chris Weidman will likely lobby to fight in their native state, there’s also the possibility of the promotion booking their biggest star, featherweight champion Conor McGregor, for their first trip to the Empire State.

In fact, the brash Irish champion may have an opponent tailor made for him if he were to fight in New York.

Former 155-pound kingpin Frankie “The Answer” Edgar has won five in a row including three by way of stoppage, putting him near the forefront of the 145-pound title race. He also happens to be a New Jersey native with a strong New York following, and an obvious hope of one day fighting at MSG.

Recently speaking on the possibility, Owen Roddy, McGregor’s striking coach, said a bout between the “Notorious” one and “The Answer” in New York would be ‘amazing’ (Via Sky Sports):

“That would be amazing, realistically that would be huge for the first New York show. Madison Square Garden would be fantastic.”

“[McGregor and Edgar could fight] at featherweight or even at lightweight—Frankie spends a lot of time there, and he was the lightweight champion. But if Conor is on the card, it would be huge anywhere.”

McGregor is expected to rematch Nate Diaz at July 9’s UFC 200, but the UFC isn’t planning to head to New York until next fall, making the timing for a bout between McGregor and Edgar seem just right.

What are your thoughts on this potential showdown?