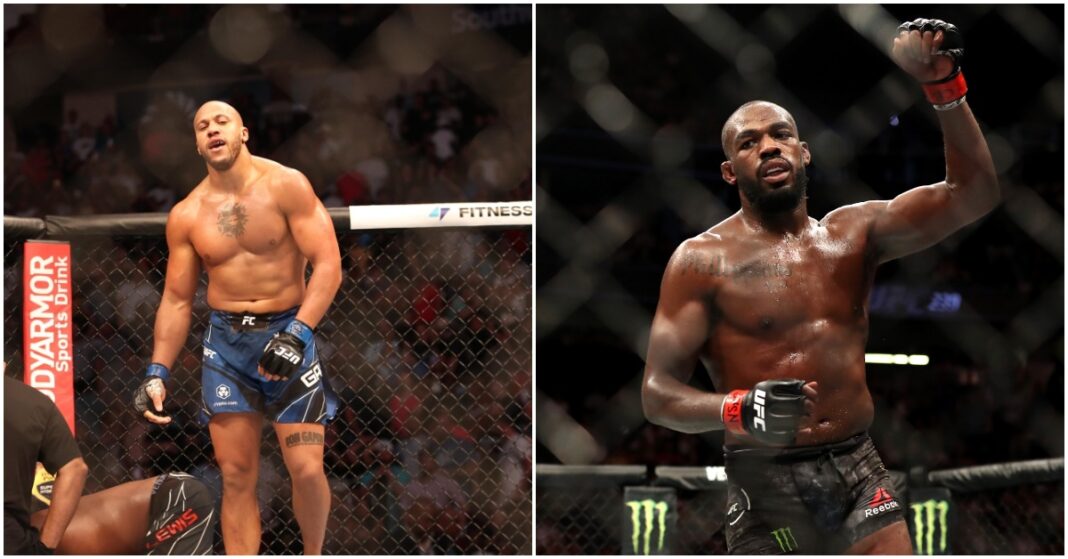 While Gane has his focus set on fighting Ngannou to unify the heavyweight title, he is also thinking about his future endeavors in the division. Both Gane and Ngannou are confident they will come out victorious this weekend over the other. Gane also has his sights set on Jon ‘Bones’ Jones, who has still yet to make his heavyweight debut after the fight against Ngannou.

Gane and Jones are similar in their style, as they are both very technical with their striking. Jones will definitely be watching this fight very closely, as he hopefully will be making his long awaited debut this year. Whether it is against Gane or Ngannou is something the world will find out January 20th.

READ MORE:  Marvin Vettori Doubts Jared Cannonier Defeats Israel Adesanya At UFC 274: 'I Don't Think There's Much He Can Do'

“This will be a pleasure if I win [at UFC 270] against Francis, yes I want to fight against Jon Jones,” Gane said at the UFC 270 media day. “This is the next one. A lot of people talk about that already because we are maybe the more well-rounded guys in this division and a lot of people talk about a technical fight. It will probably be a good matchup. Yes, if it’s possible, we’re going to do this.” (Transcribed by MMA Fighting)

Jones has not fought in the UFC since Feb. of 2020 against Dominick Reyes, were he won via unanimous decision. Many had thought that Reyes won that fight and it was razor close. Jones has had a few of those close fights recently that could have gone either way on the score cards. The fight against Thiago Santos is another perfect example.

A move to the heavyweight division may be what motivates Jones to get back to the dominant fighter he once was. He had spoken out about the light heavyweights and how they didn’t bring the best out of him since he did’t feel threatened by them.

Who are you pulling for at UFC 270? Would you rather see Ngannou vs Jones, or Gane vs Jones?