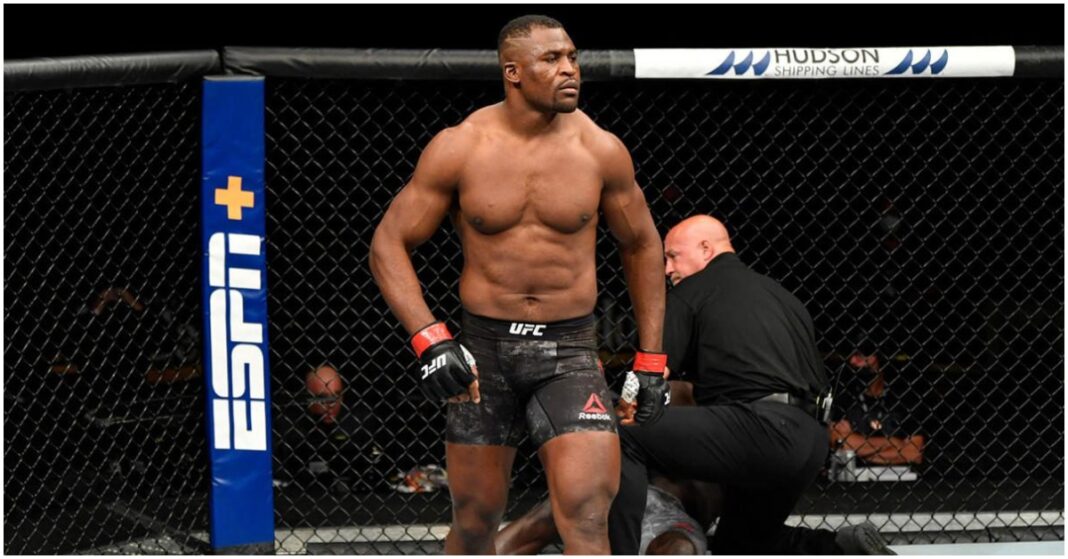 Francis Ngannou is expecting a relatively short night at the office when he squares off against his former teammate and interim heavyweight champion, Ciryl Gane, at UFC 270 on January 22.

During a recent interview with TMZ Sports, Ngannou claimed that Gane is not as tough as Stipe Miocic and therefore wouldn’t survive more than two rounds with him.

“I will not be searching for the knockout but I don’t see how we will end this fight without me knocking him out, maybe under two rounds,” Ngannou said. “Because he’s not as tough as Stipe. I know the guy pretty good, you know. He can’t eat as much pressure as Stipe. So as soon as we get like to a close exchange, I don’t think there will be any chance to get out of there.” (Transcribed by Sportskeeda)

‘The Predator’ will make the first defence of the heavyweight title he picked up by stopping Miocic inside two rounds at UFC 260 in March 2021.

Since then, Ngannou has been at odds with the UFC on a number of issues.

The Cameroonian knockout artist was expected to defend his title against Derrick Lewis at UFC 265 but was unable to make that specific date and asked for the fight to be pushed back one month. Instead of granting him that wish the UFC book Gane vs. Lewis for the interim title on the same card and side-lined Ngannou for the rest of 2021.

Ngannou is also in an intense contract dispute with MMA’s premier promotion. The heavyweight king wants a serious pay bump that the UFC seems unwilling to give him right now. Ngannou heads into UFC 270 on the final fight of his current deal with the promotion and could well become a free agent in 2022.

Do you think Francis Ngannou will KO Ciryl Gane at UFC 270?