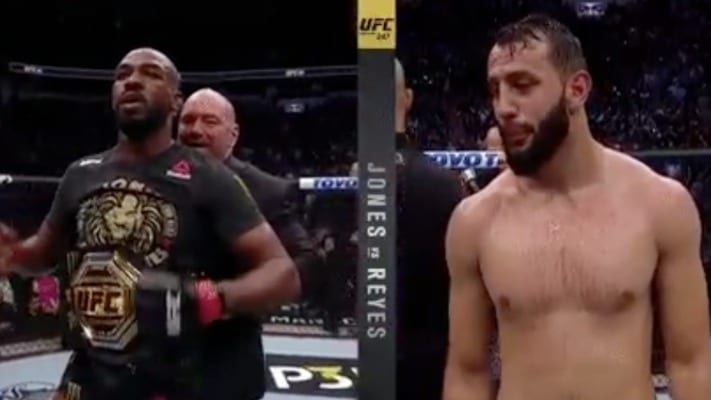 Jon Jones did just about enough to keep his light heavyweight title.

Jones defended his strap against Dominick Reyes in the main event of UFC 247 on Saturday night. However, Reyes certainly surprised many given his strong start. He connected on Jones multiple times and defended a number of takedown attempts.

Most even had him winning the first three rounds. However, he could only keep his pace for so long as Jones rallied and ended the fight strong.

In the end, all three judges scored it for “Bones” who believed he was the rightful winner.

What did you think of the fight? Did you agree with the decision?