LowKickMMA.com
Home UFC News Bryce Mitchell vows to ‘deal’ with Sean O’Malley when he next sees... 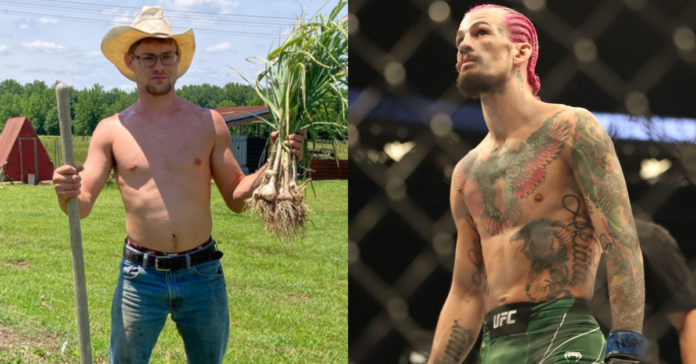 ‘Thug Nasty’ Bryce Mitchell is unhappy with his fellow UFC compatriot Sean O’Malley. In an interview, while speaking to James Lynch, the Arkansas-born fighter griped about the bantamweight ‘Sugar.’ The part-time rapper said:

“He called me inbred … I’m gonna deal with that when I see him. He’s gonna have to move up I’m sure … He needs to move up a weight class. And I believe we’re gonna clash. He can pick how he wants to, but he’s gonna lose.”

This feud between Mitchell and O’Malley began because ‘Thug Nasty’ chose Petr Yan to defeat the colorful-haired fighter at UFC 280. In an Instagram video, the American athlete said:

“I’ll also have to pick Yan over O’Malley. The reason being, because once again, O’Malley hasn’t even earned that spot. He used his mouth to get him that fight. His YouTube followers ain’t gonna help him once the cage doors is locked.”

At UFC 280, it was an exciting fight that ended with ‘Sugar’ Sean O’Malley getting his hand raised against the former bantamweight king Petr Yan.

Bryce Mitchell does not have his facts wrong, ‘Sugar’ Sean O’Malley did in fact call the Arkansas-born fighter inbred. After Mitchell chose Yan over O’Malley, the bantamweight fighter responded in his Instagram story. O’Malley said:

“Your dad f*cked his sister to make you.”

Mitchell’s next bout has been scheduled for UFC 282 on December 10. ‘Thug Nasty’ has been booked against the dangerous Ilia Topuria in a featherweight showdown. O’Malley has risen to the number one ranked fighter in the competitive bantamweight division with his UFC 280 win.