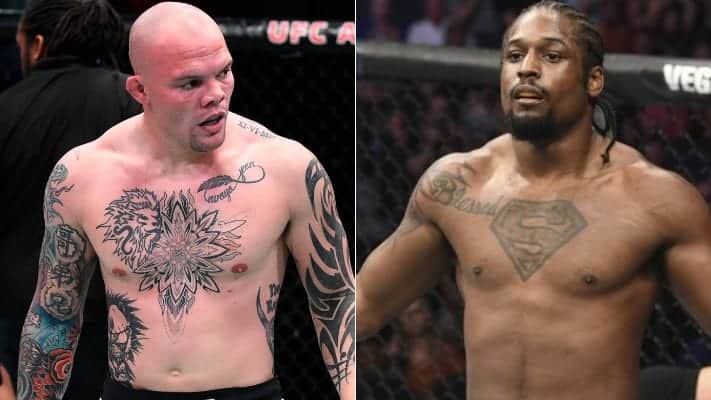 A key light heavyweight pairing appears to be set as former title challenger Anthony Smith will take on Ryan Spann on September 18.

After being dominated by Glover Teixeira and Aleksandar Rakic to begin 2020, Smith righted the ship late in the year with a first round stoppage of Devin Clark. Most recently, he stopped Jimmy Crute in the first round of their UFC 261 match-up. Smith is now 3-2 since coming up short in his title opportunity against Jon Jones.

Facing him on the other side of the octagon will be another man whose turned his career around after a somewhat tumultuous start. After beginning his career with a 10-5 record, Spann is enjoying a 9-1 run, including going 5-1 in the UFC. He too will enter the fight with momentum, after earning a stoppage victory over Misha Cirkunov just over a minute into their fight. That win served as a rebound following his controversial loss to Johnny Walker.

Spann actually called for the winner of the Smith-Crute pairing, and it appears that the UFC has granted him his wish.

A win for either man will be crucial as they work their way to UFC gold. For Smith, it would prove that he has his career back on track and is deserving of another title opportunity. For Spann, it would show that his loss to Walker was a fluke and he is deserving of fighting some of the biggest names in the division.

The September 18 evented is set to take place at the UFC APEX facility in Las Vegas. MMA Fighting confirmed the pairing after Smith first mentioned it during the UFC Vegas 28 pre-show. Expect more match-ups for the card to be announced in the upcoming weeks.

Who do you think will win between Anthony Smith and Ryan Spann? Let us know!