LowKickMMA.com
Home Boxing News Anderson Silva confirms he will not retire after his October 29 Jake... 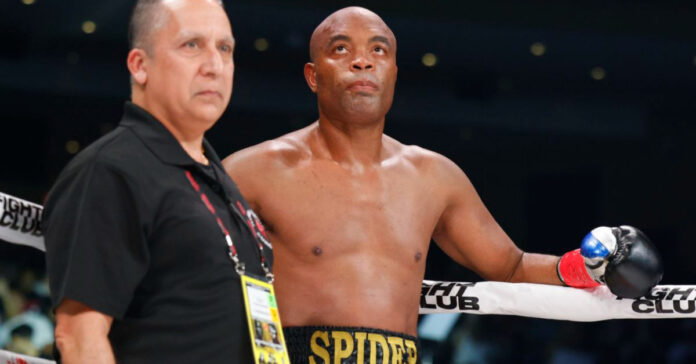 Former UFC middleweight champion Anderson Silva said he would not retire after his boxing match against Jake Paul.

The 47-year-old Silva is set to take on influencer turned boxer Jake Paul later on this month on October 29 in Glendale, Arizona.

Silva is nine years removed from his last day as UFC champion and his last fight in the UFC was two years ago but ‘The Spider’ is still going strong after turning to professional boxing. Silva would upset former WBC middleweight world titleholder Julio Cesar Chavez Jr., then three months later would KO former UFC champion, Tito Ortiz, as part of a Triller fight card.

Silva would also fight in an exhibition against fellow Brazilian Bruno Azeredo, who he would outbox throughout and drop in the fifth round

After much speculation, it was officially announced that Silva and Paul would box each other in a licenced professional contest. Silva is Paul’s senior by 22 years and at the Brazilian’s age, many would expect a professional fighter to be long retired, but Silva says that he will continue to fight, even after the Paul bout which is set to earn him a sizeable payday.

“No, no, definitely not,” Silva said to TMZ. “I don’t know when I’m gonna stop. I know one day I will stop. But not now.

“I try to challenge myself every day, and especially right now my kid started fighting, and I help my kid. I’m so lucky because I continue doing something special. It’s not about proving nothing for anybody. It’s about a challenge for myself.”

The contest between Silva and Paul is set for eight three-minute rounds at a catchweight of 187lbs.

Who will win, Anderson Silva or Jake Paul?