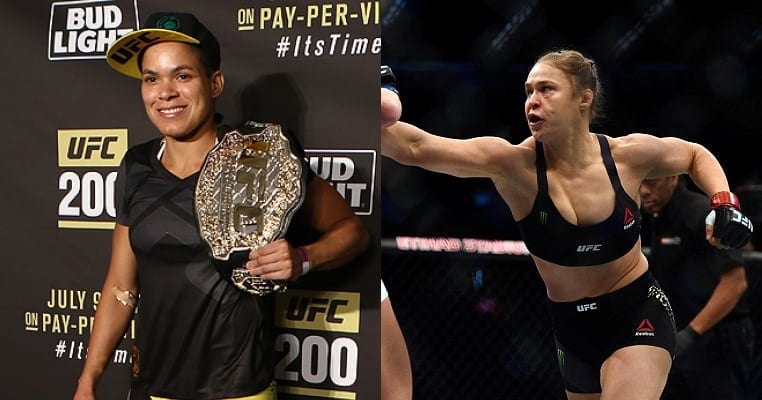 Not great news for Cris Cyborg or Julianna Peña…

The UFC women’s bantamweight division gets the main event slot at UFC 207 on December 30, rounding out the year with a monstrous title fight. Returning after a year-long absence will be the pioneer of the division, Ronda Rousey, attempting to win back the belt from Amanda Nunes. After Holly Holm planted Rousey in Australian soil at UFC 193, the belt switched hands again at UFC 196. Miesha Tate choked out Holm in epic fashion this past March 5, but the travelling of the w-135 gold was not done yet.

Facing ‘Cupcake’ in the UFC 200 main event, Nunes brought the belt to Brazilian surroundings with a first round decimation of Tate. Now set to fight arguably the most dominant female fighter ever, certainly in UFC history, ‘The Lioness’ faces a career-defining opponent in ‘Rowdy.’ Although she’s not blasting Rousey with both barrels, Nunes has been frank in her opinion of the former champion. 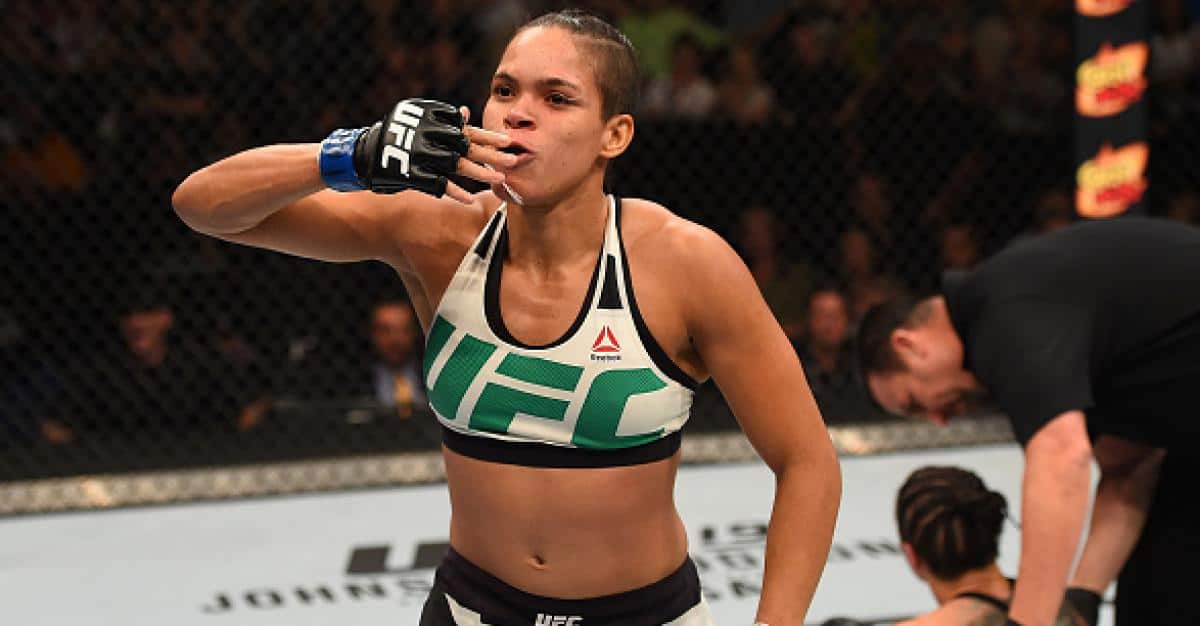 Recently saying she felt Ronda Rousey was ‘mentally weak,’ Nunes has now changed the tide somewhat. As per MMAJunkie.com, the women’s bantamweight queen says she will grant Rousey an immediate rematch after UFC 207:

“Ronda Rousey has every right to fight for the belt. She was dominant for a long time in this division and also, Ronda was one of the biggest pay-per-views ever sold. There’s no way to even explain it – of course she has the right to fight for the belt. She only lost once, and took some time off to rest. If you look at it on the internet, everyone is waiting for Ronda Rousey to return.

“”Today, the UFC has women’s MMA because Rousey managed to change (UFC President) Dana White’s mind and put it in the UFC. I think she has the right to fight for the belt – not only once, but twice. I’ll beat her and give her a rematch right after that if she wants.” 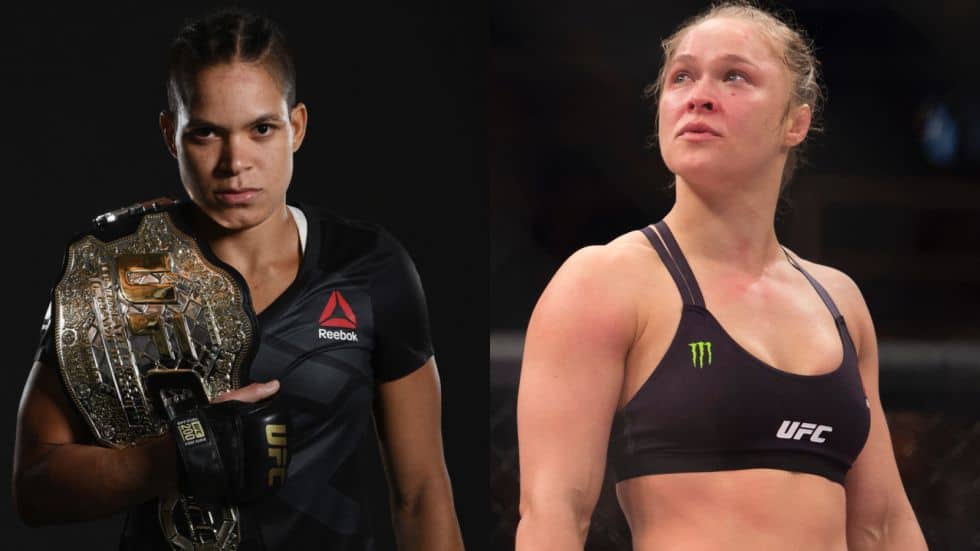 Although Nunes clearly acknowledges the influence her opponent has on the sport, the Brazilian also points out multiple holes in Rousey’s game. ‘The Lioness’ feels that the longer the fight goes on, the more she’ll be able to take advantages of the mistakes Rousey will make:

“Ronda has all the holes,” Nunes said. “In her striking, in her ground game, and even her timing. The longer the fight goes, she loses her timing – and that’s where I grow. Every time she loses a position that she gets countered, through time her level drops. So all of this – I’m going to take advantage of that. I’m going to take advantage of all of her mistakes and try to finish the fight as soon as possible.”

Referring to Nunes’ previous comments on an immediate rematch, Cris Cyborg and Julianna Peña will likely be very upset if this happens. ‘The Venezuelan Vixen’ stated she’s considering leaving the UFC over the decision to give Rousey an immediate title shot. After years of feuding with ‘Rowdy,’ Cyborg was typically furious when the UFC 207 main event was announced. Showing many similarities to the situation with Conor McGregor vs. Eddie Alvarez, and the fallout with ‘The Eagle’ and Jose Aldo, is this a sure sign of things to come?

Perhaps this trend is just temporary, if not, get ready for a crazy year in 2017.