LowKickMMA.com
Home Combat 10 Most Memorable ADCC Matches Of All Time 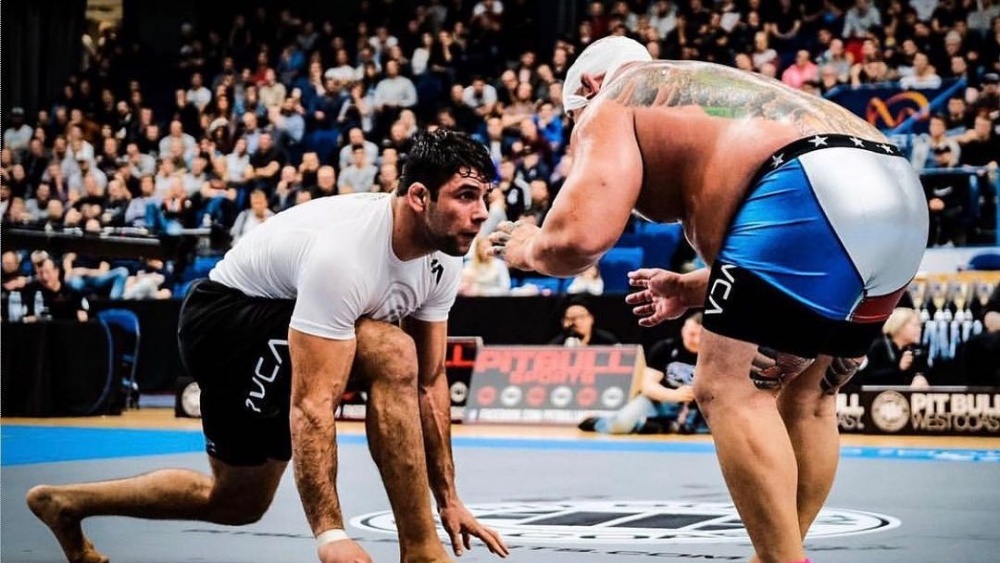 The sport of Brazilian Jiu-Jitsu has its fair share of top athletes from all over the world. Every year, competitors face each other to earn the top spot, not only in their respective weight classes but also in their chosen field, whether it be Gi or No-Gi.

This tournament was initially hosted in Abu Dhabi but is now held in other countries as well. In this article, we’ll talk about some of the most memorable matches in the history of this legendary event.

The ruleset of a typical ADCC match is different in that the first half of the match does not allow positive points, and the second half is open to both positive and negative points. This creates a more strategic battleground for athletes to use and take advantage of.

This is a classic match between two OGs of Brazilian Jiu-Jitsu and MMA. Ricardo Arona is a four-time ADCC Champion and is known for his undefeated record of 13–0, in which he never lost a point. On the other hand, Ricardo Almeida is a black belt under Renzo Gracie and has fought in the world’s largest organizations, such as the UFC, PRIDE Fighting Championship, and Pancrase. The match was a back and forth affair showcasing Arona’s suffocating top game and Almeida’s technical Jiu-Jitsu. Ricardo Arona took the win, but it was certainly a great match from both grapplers.

This is an excellent introduction to the early beginnings of the leglock game in ADCC. Dean Lister is considered one of the central figures in developing the leglock game in modern grappling and MMA. Cacareco is a veteran of many organizations like the UFC, RINGS, and Jungle Fight.

The match started with both competitors patiently sizing each other out with distance management, as well as fighting for wrist control. It was mostly a highly technical display for the duration of the match. The match’s highlight was Lister’s leglock attempt after the reset, where he immediately grabbed Cacareco’s right leg and went straight for the attack. He eventually secured the submission by catching Cacareco with an inverted heel hook.

This match launched Eddie Bravo to the BJJ superstar he is today. The match was held in 2003 in São Paulo, Brazil. Eddie was still a brown belt at that time, and Royler Gracie was one of the favorites to win their division.

The first half of the match was all Royler, with his aggressive knee cut attempts to pass Eddie’s guard. Eddie countered with his patented half-guard game to slow down Gracie. The key moment of the match was when Eddie was able to get an overhook from his jailbreak recovery and secured wrist control on Royler’s right hand. This allowed him to enter the triangle position and eventually secure the choke. Eddie Bravo eventually lost to Leo Vieira by points, but the sheer impact of this win was more than enough to prove that Eddie was here to stay.

This was a clash of titans as the Gi GOAT, Roger Gracie, battled multiple-time IBJJF and ADCC World Champion Jacare Souza. The match started with both athletes working on collar ties to improve their position. Roger snapped Jacare’s head and went for the guillotine, but Jacare defended against that and they landed on guard. They engaged on guard, but no advancement in position was achieved.

They reset to the standing position. Jacare was able to get Roger’s back from the standing position and took him down with a beautiful takedown. They go back and forth, only to go back to the stand up. Roger was able to get Jacare’s back from a failed takedown attempt. He got his hooks in, transitioned to a body triangle, and choked out Jacare with a standing rear-naked choke! An absolute masterclass from both Roger Gracie and Jacare Souza.

This is a stunning match with Brazilian-American Robert Drysdale beating the one and only Marcelo Garcia. The match was a technical battle, with both athletes employing their best techniques to gain an advantage. Marcelo gets the single leg from the armdrag, but Robert Drysdale defends, and they reset. Marcelo shoots for another single leg to his opponent’s right leg. Drysdale counters with a vicious D’Arce choke and secures the tap. A highly impressive win by Robert Drysdale. That same year, Gracie Magazine named him the best Submission Wrestler in the World.

This match was held in beautiful Nottingham, England. Here we see two of the best vying for the win. Kron Gracie is the son of Rickson Gracie and is a very accomplished grappler himself. Marcelo Garcia is a multiple-time IBJJF and ADCC champion and is widely considered one of the best gi and no-gi practitioners of all time.

The match started with Marcelo securing a clean takedown from an armdrag. Most of the match was Kron working from his closed guard. Kron’s closed guard is one of his primary weapons, and this match showed how tough it is to crack. Eventually, the match ends with Marcelo getting the win via points.

This is a great match between the always game Roberto “Cyborg” Abreu and lapel wizard Keenan Cornelius. Cyborg is a veteran of the sport who competes in the heavier weight classes. He is known for his cat-like agility despite his large physique. Keenan is one of the innovators of the sport and has developed a tricky guard system based on using the lapel.

Here we see multiple-time IBJJF champion Lucas Lepri competing against the very tough Davi Ramos. Both are highly accomplished grapplers, but Lepri was highly favored to win as he won many tournaments leading up to ADCC 2015.

Both started the match aggressively, with Lepri working on his armdrags and Ramos applying heavy collar ties. Lepri sat down and waited for Ramos to attack. The ending was an absolute shocker as Davi Ramos got the tap via flying armbar while Lepri was playing guard. A short and sweet match that definitely deserves its place on this list.

It was a clash of generations as one of the OGs, Xande Ribeiro, grappled the then rising star, Craig Jones. Xande Ribeiro is a bonafide icon of the sport. He has defeated the who’s who in the competition circuit, and his longevity is something that all grapplers should aspire to have. Craig Jones is an Australian grappler who burst onto the scene with his creative finishes from the ashi garami and back positions.

A considerable portion of the match was fought on the mat. Craig played his Z guard almost the whole match while Xande worked on passing. The key moment of this match was when Xande was able to complete a takedown, thus getting two points with a minute left on the clock. Craig tried to engage, but time ran out. Xande Ribeiro took home the win and the ADCC 2017 bronze medal.

Perhaps one of the most memorable matches in recent memory, as No-Gi superstar Gordon Ryan grappled the one and only Marcus “Buchecha” Almeida in the ADCC 2019 Absolute Finals. At that point, many considered Gordon Ryan as the best pound-for-pound No-Gi grappler on the planet. Buchecha, on the other hand, had already established himself as one of the greatest grapplers to ever live.

It was a very technical match, with both athletes showing their skills for the world to see. Buchecha did a wonderful job of managing distance as Gordon tried to enter the ashi garami position. By the end of regulation, it was still 0-0, and the match went to overtime. Buchecha received a negative point for passivity in overtime. This was enough for Gordon Ryan to secure the win and claim ADCC gold.

The ADCC World Championship’s history is filled with excellent matches such as these. We recommend that you watch these 10 matches to gain new insights on techniques and have a deeper appreciation of the athletes who competed in this prestigious tournament.